You Tell Me: Why Wouldn’t You Use Kickstarter? 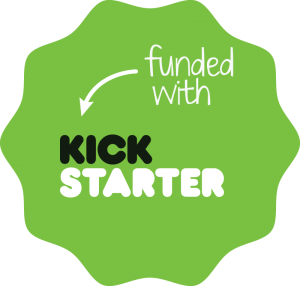 Here’s a somewhat rhetorical question I’ve been pondering lately (and discussing with a talented game designer who can name himself if he wishes): Why wouldn’t you use Kickstarter? What is there to gain from not using it?

It’s something I think about a fair amount as I try to map the future of Stonemaier Games. Is this company built on Kickstarter, or did Kickstarter simply help to start this company?

Before I jump into the meat of this entry, I want to say that this isn’t about whether or not you should use Kickstarter. There are many other forums about that, and everyone has their opinions. I personally don’t want to ever use Kickstarter as a pure pre-order system–rather, I want to use techniques to engage backers, build community, gauge demand, incorporate input from the campaign into the final game, generate excitement, and improve the game based on the number of backers. The next time someone says, “Kickstarter is just a pre-order system,” remind them of those points. :)

Let’s start with the obvious reasons why you wouldn’t use Kickstarter:

There is a game company I really admire in St. Louis called Greater Than Games. They make a game called Sentinels of the Universe, and I’ve looked to them (as well as the personal guidance of Paul Bender) to help guide the path for Stonemaier Games. They’ve had several very successful Kickstarter campaigns for Sentinels expansions as well as one for a new game, they heavily promote their games at major conventions, and from what I can tell, they’re constantly ordering more games to fill demand. They’re doing a lot of things right.

One philosophical element of them that I’ve admired for a while is that they decided at some point that for the remaining Sentinels expansions, they won’t be using Kickstarter. They’ll put the other games directly into distribution and sell them in person at conventions. I asked Paul about this in my interview with him on this blog back in the spring, and he gave the following two reasons for why they wouldn’t use Kickstarter for those expansions:

The first is that Kickstarters are time-consuming and expensive to run. Not only do they require constant maintenance during the campaign, but they necessitate a ton of work after the fact to fulfill all of the orders. The second is that we really want to limit our Kickstarters to 2 or fewer per year, and to only use Kickstarter for projects where there are a lot of unknowns in terms of reception and interest.

I’ve returned to Paul’s wise words while mapping Stonemaier’s future, and it’s the second reason that really intrigues me. From my perspective, there are always unknown when it comes to reception and interest for a game–or any product, for that matter. If I knew exactly how many people were going to buy our next game or the next edition of an existing game, I would raise the capital for that order and place it with Panda. But it’s never that easy.

Let’s look at a massive company like Fantasy Flight Games. Technically they have no reason to use Kickstarter. They probably have plenty of cash in reserve, they have great relationships with distributors and fans alike, and they’re able to order enough games for any print run that the price per unit is really low. Why would they use Kickstarter?

Then again, why wouldn’t they use Kickstarter? Rather than place a shot in the dark for how many games they order, they could know exactly how many people want those games, and they could have that cash flow up front instead of after they make those games. I bet even a company like FFG has duds every now and then–Kickstarter could completely eradicate those duds because FFG would learn up front that there’s no demand for their My Little Pony/Warhammer 40k crossover game.

Obviously FFG is an extreme case. I guess I’m just trying to figure out why a company wouldn’t want to use Kickstarter to, at the very least, gauge demand for a product. Again, whether a company should use Kickstarter for this purpose isn’t what I’m focusing on here.

My dilemma for Stonemaier Games is that when I think about not using Kickstarter for a new game or expansion (I wouldn’t use it for a second printing of an existing game), I end up trying to find a way to mimic Kickstarter elsewhere, and I always just end up back at Kickstarter. I want to accept pre-orders within a limited timeframe so I can directly ship bulk shipments of games around the world, I want the build community and engage people before the game is finalized, I want to generate hype and excitement in a very visible way, and from a business side, I want/need to generate cash flow up front before placing an order. So rather than try to do all of those things in a patchwork way on this website, why not do it on Kickstarter?

At some point we’ll hopefully have plenty of cash on hand. Our e-newsletter subscribers will hopefully be double or triple what they are now (about 5,500 readers). We have a growing number of committed playtesters and ambassadors, and hopefully Euphoria will solidify our standing with distributors. At that point we’ll have a pivotal choice to make: Should we use Kickstarter anyway? Or just produce a game, hype it, and hope it sells? Or somewhere in the middle involving pre-orders on this website?

What do you think? Why wouldn’t you use Kickstarter?

Also read: Should You Crowdfund a Reprint?

24 Comments on “You Tell Me: Why Wouldn’t You Use Kickstarter?”