10 Ways Yoga Is Making Me a Better Creator 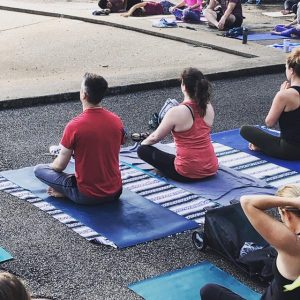 A few months ago, I wrote about how the challenges offered by indoor rock climbing–a new hobby introduced to me by my lovely girlfriend–were making me a better creator, publisher, designer, and entrepreneur.

We’ve continued to climb on nearly weekly basis, and I’m loving it. Recently, Megan has introduced me to yoga, and I’m enjoying it as well. Even though I’m very much still a novice, it’s made me think about crowdfunding, creation, and entrepreneurship, so I’ll share those thoughts today.

I have a feeling this is just the start of what I’ll learn about myself from yoga, and I look forward to experiencing it more in the future!

If you can think of any parallels between business and yoga, I’d love to hear your thoughts in the comments!