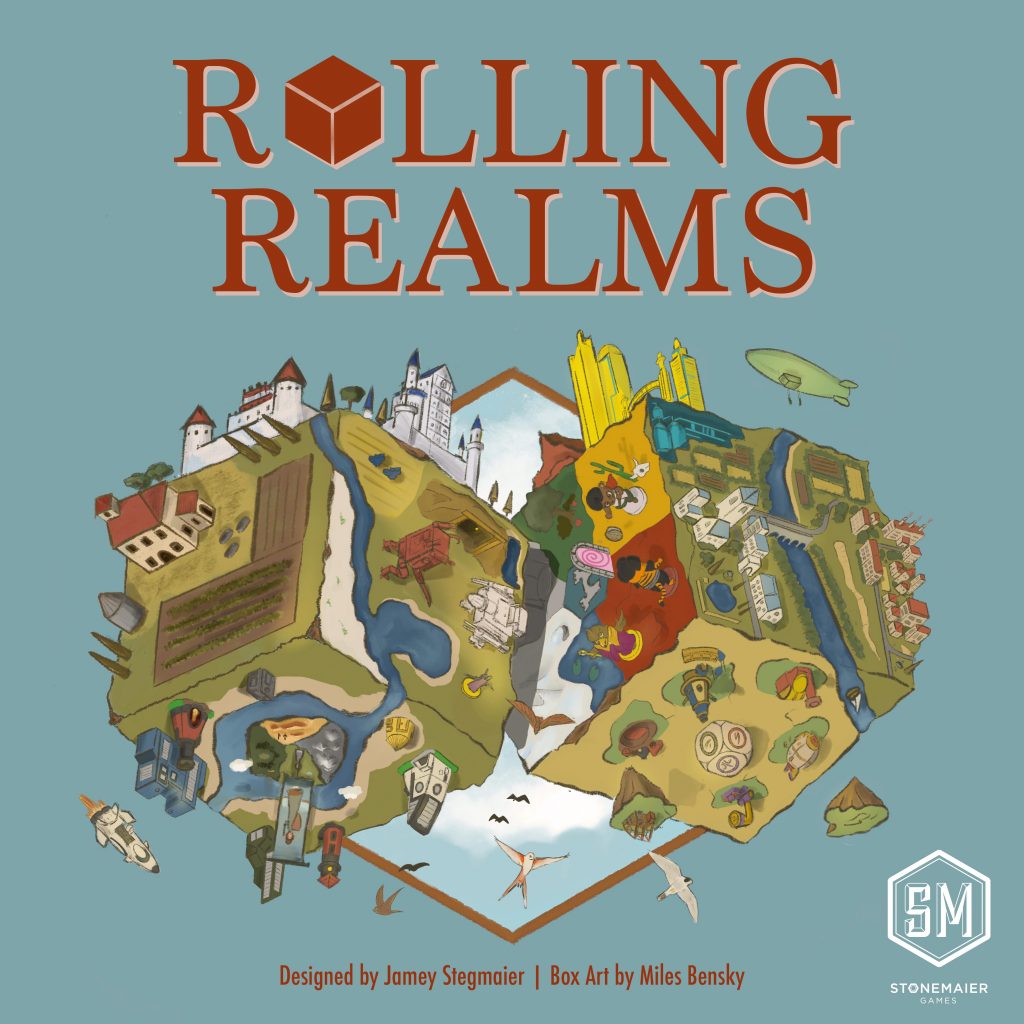 An infinitely scaling roll-and-write game inspired by all other Stonemaier games.

In the middle of the coronavirus, a time of self-isolation for many people, Jamey decided to create an infinitely scaling roll-and-write game to teach and play with people around the world via Facebook Live. Originally called Nine Worlds (until Jamey learned that there’s already a game with that name), Rolling Realms features 9 minigames, each inspired by a different Stonemaier Game. You use 3 of these realms per round over 3 rounds.

Rolling Realms is free to download and play, whether it’s with Jamey live, against Jamey in the past (see playthroughs on YouTube), or against your friends (in person or remotely). It’s a living game with Jamey’s rudimentary graphic design that will continue to evolve, and it wasn’t created with the intent of mass production.

Feel free to share your feedback in the comments (here or on BoardGameGeek).

Past and present versions are found in this folder.