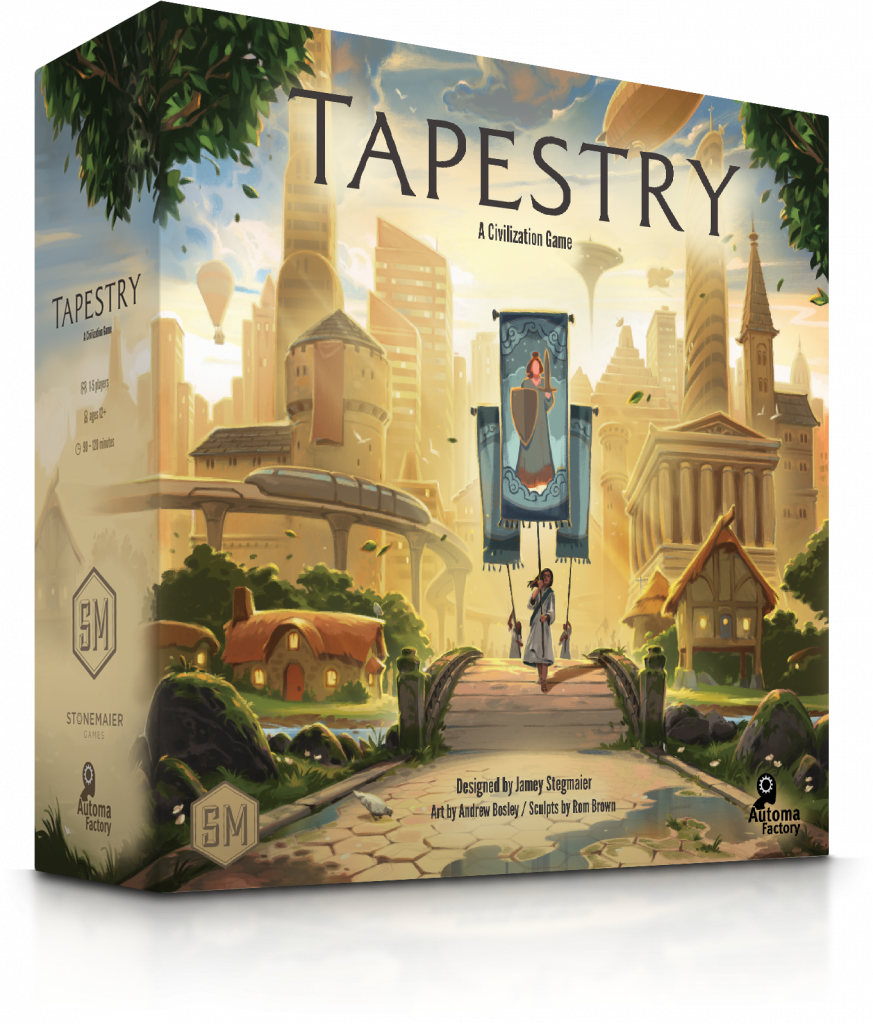 Become a Stonemaier Champion to get free US shipping (discounted international): https://bit.ly/2Fd3N5S

Tapestry is a 2-hour civilization game for 1-5 players designed by Jamey Stegmaier.

Create the civilization with the most storied history, starting at the beginning of humankind and reaching into the future. The paths you choose will vary greatly from real-world events or people—your civilization is unique!

In Tapestry, you start from nothing and advance on any of the 4 advancement tracks (science, technology, exploration, and military) to earn progressively better
benefits. You can focus on a specific track or take a more balanced approach. You will also improve your income, build your capital city, leverage your asymmetric abilities, earn victory points, and gain tapestry cards that will tell the story of your civilization.

If you like A Feast for Odin, Mombasa, and Russian Railroads, we think you will enjoy creating your own unique civilization in Tapestry. Please join us in the Tapestry Facebook group to discuss the game!

Release Details: The retail release was on November 1, 2019.

Civilization Adjustments: Based on the results of the form below and data reported on BGG, please use the following starting adjustments to the civilizations in Tapestry. You can download and print this document here (last update: July 2020). 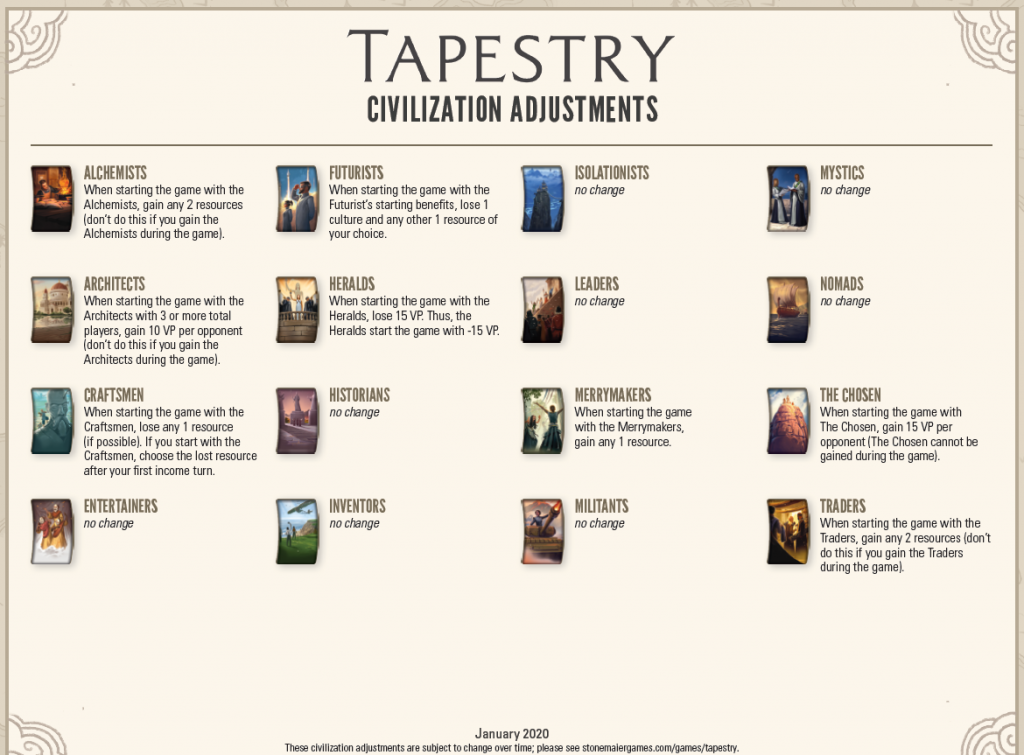 Log Your Win: Please use this simple form after a multiplayer game of Tapestry to record the winning civilization and their final score. There is also a more complex version of the form here (if you use this one, please also fill out the simpler form).