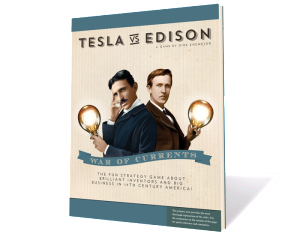 When I originally looked at the preview for Tesla vs. Edison, it had a typical early-bird system of giving the first few backers a discount compared to all the other backers. I made my case to Dirk to get rid of that system, then I waited to see what he would do when the project launched.

So I was elated to see that Dirk not only got rid of the old-fashioned early-bird system; he replaced it with something much more interesting (and less offputting to backers who discover the project “late” after launch day): Day 1 backers will have their rewards prioritized for shipping over other backers.

That said, there’s still a lesson to be learned from the way early birds were executed on this project. The original Day 1 level was restricted to 250 backers. When the project funded just a few hours after launching, a new Day 1 early-bird reward level was opened up to “make room for more early birds.” This new level takes up precious room in the reward sidebar, and it kind of defeats the purpose of a limited early bird level.

Let this be a lesson: If you have an early-bird reward (which I’m still not a fan of, neither are the majority of backers), make it unlimited, and close it either (a) when you reach your funding goal or (b) after the first 24 hours.

Tesla vs. Edison does one other thing worth mentioning here: There are a few paragraphs under the Shipping section that basically say that if the games are ready by Gen Con, they’re going to sell them at Gen Con even if many backers don’t have their copies. I think this is a great example of transparency. If a backer doesn’t like that a Gen Con attendee will get their copy before they do, they know this information up front and can choose not to back the project. 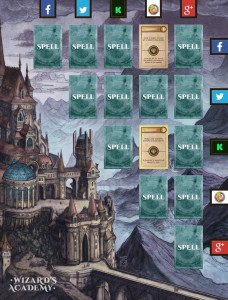 In the game, players are combining glyphs to create magic they don’t understand. It’s kind of like alchemy–you combine to different ingredients and see what happens. Sometimes you create a spell that helps you fight a troll; other times you accidentally summon troll instead. Cool concept.

The stretch goals on the project use the exact same system. Backers can share the game on social media (these are the “glyphs”), and through a selection process a new “spell” is cast, unlocking a new stretch goal. It’ll make more sense if you look at the chart to the right.

Perhaps this mention of Wizard’s Academy will count as one of the glyphs (Google +, perhaps?) to help the backers!

3. Camino: focused funding on a specific portion of a project

Camino, a film project, employs a great strategy that I think could be used more often on crowdfunding. Instead of raising tens of thousands of dollars to cover all production costs associated with the film, the creators are focusing the Kickstarter funds on two specific areas: the cast and production design.

I think this is brilliant. Not only does it let them keep their funding goal low, but it also gives backers ownership over a very specific aspect of the filmmaking process. It’s a concrete element that coveys to backers that the creators know what they’re doing. 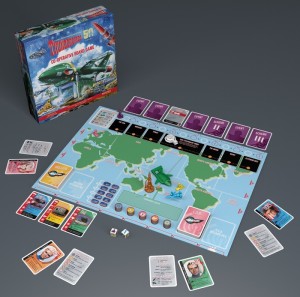 The Thunderbirds board game project is doing something I haven’t seen on other projects (but it’s possible it’s been done before). Matt Leacock, the famous designer of the game, put the unformatted rules online so backers could comment on them in real-time.

Basically, Leacock is crowdsourcing the clarity of the rules using Google Docs before the graphic designer formats them. That’s a really neat way of engaging backers.

If you’re interested in doing something like this, but you want to use formatted rules, I would suggest a platform I’ve been using for collaborative proofreading called DocHub. Both my proofreaders and my graphic designer have found it very easy to use.

I’ve saved this one for last because it’s overlaps a bit with Stonemaier Games.

Battleborn Legacy is an epic fantasy game that launched a few days ago on Kickstarter. The creator contacted me to let me know that many of the resource tokens in the game could be upgraded by backers using our Treasure Chest, and he remembered seeing a note from my on our website about collaboration with other companies and designers.

The idea is that if there is a game that uses a number of our special resource tokens and the creator of that game wants to refer a bunch of their backers/customers to buy the Treasure Chest, I’m more than happy to offer them a group discount. It’s like a wedding party getting a block of discounted rooms at a hotel–it creates a win-win-win situation for everyone involved.

So if you have a game that uses the special resource tokens in the Treasure Chest and you have a bunch of customers to share it with, let me know. I’m happy to offer group discounts.

Something you can’t see from the above post is that several of these unique elements were shared with me by backers of those projects (thanks Craig and Stephen). If you ever back a project in any category (and on any crowdfunding platform) that has something really unique about the project itself–not the product–tell me about it at contact@stonemaiergames.com. Thanks!