Creator Joey Vigour implemented two really innovative things with GROWL, a small card game. First, he offered a $1 reward (just shipping) for 500 backers who just want a bare-bones version of the game (cards only, no box, tokens, or stretch goals). This seems like an excellent way to build an audience, both before the project–Joey enticed newsletter subscribers with the assurance they’d be the first to know about this reward when the project went live–and during/after. It’s also a great “foot in the door” technique–you bring backers in with a very inexpensive, no-brainer reward…and then later gently nudge them to upgrade to the full game with box and stretch goals.

Second, Joey offers incentizes to backers who get friends to back a copy of the game using Kickrock.it. For GROWL’s referrals, you enter the URL to your public Kickstarter profile, and the system creates a referral link for you to send to friends. If one of those friends becomes a backer, you get free shipping on your reward (resolved, presumably, via pledge manager). If two or more of those friends become backers, you get an entire extra copy of the game for free. I’ll be exploring this system more in-depth in the future, but I think it’s really clever. Oh, and here’s my referral link!

I’ve almost completely stopped using Patreon. I actually love the idea of the platform, but I feel really uncomfortable ever cancelling a Patreon pledge, as I think it comes across as a rejection when the creator is notified. “Jamey Stegmaier no longer believes in what you’re doing,” is the message, even though the reason is probably just that I just don’t consume their content as much as I used to. It doesn’t help that my name is intrinsically linked to my company.

So I was a little worried when Rahdo launched his new Patreon…until he said that he understands not everyone is comfortable with an ongoing pledge, and he offered the option for supports of his runthroughs to simply make a one-time pledge using this page. It’s a special “pool” page he set up through PayPal that displays various backer levels and the overall amount raised so far ($3189.53 in one-time pledges, $2280 in monthly pledges). I think this combination of options–which another site, Podpledge, offers all in one place–is fantastic.

This upcoming game from Thundergryph Games might be the most brilliant method I’ve ever seen for encouraging people to sign up for an e-newsletter. It’s thematic, it makes the user feel good, and it feels like less of a carrot on a stick than a discount code. Here’s how it works: 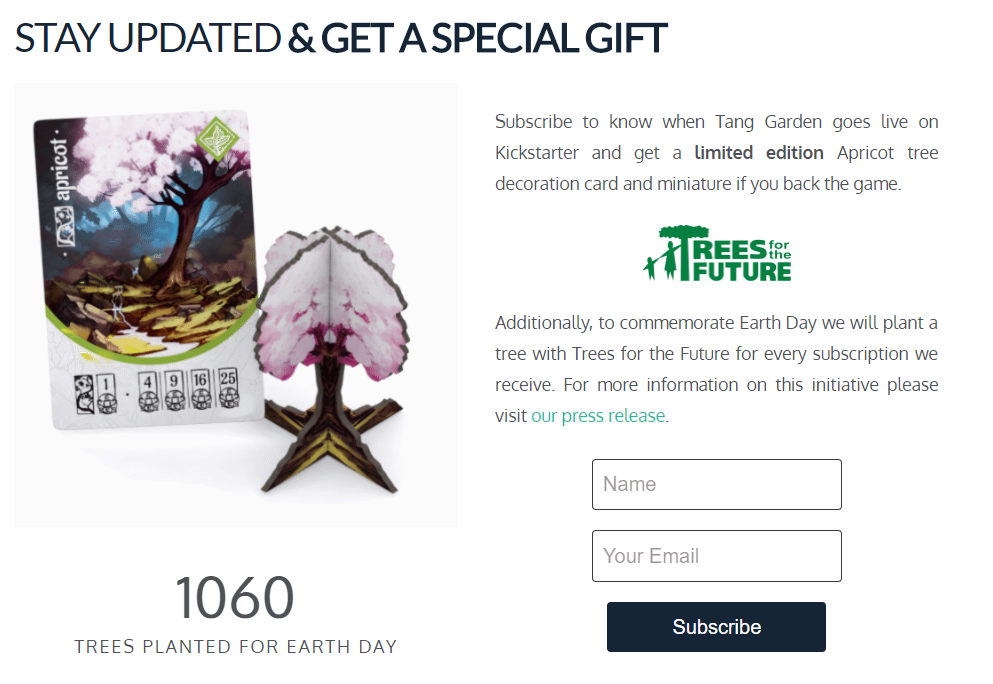 There are also two unsuccessful projects I wanted to mention because their creators did such a great of talking about why they didn’t fund:

What do you think about these insights? Have you seen any interesting innovations on Kickstarter lately? To read more articles like this, here’s the master list.