In this series, I highlight some of the interesting choices made by current crowdfunders regarding their project’s reward levels, stretch goals, and overall campaign design (the projects themselves, not the content or product). This isn’t an endorsement or promotion.

Projects don’t always reach their funding goal the first time. That was the case the first time Campaign Trail by Cosmic Wombat Games appeared on Kickstarter. It’s rare for me to see a project creator not only be so receptive to feedback from his/her backers as Jeff Cornelius was, but also be willing to take the time, effort, and expense to act on that feedback. He worked with graphic designer Christian Strain to complete a full visual overhaul of the game as detailed in this blog post, among other revisions to the product and project, and the results are telling: They’ve already exceeded their original funding amount after only about a week. 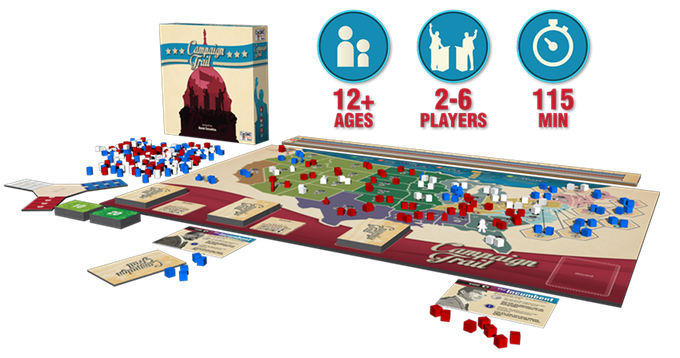 Plaid Hat Games recently launched their pre-order for SeaFall. For $79.95 plus shipping, you get the game and 100 metal coins. The metal coins are only included for free in the pre-ordered game; otherwise they’re available separately for $39.95.

Considering that SeaFall is also available from online game stores for about $52, this is an interesting strategy. Plaid Hat is giving people a distinct incentive to pre-order directly from them. It’s intriguing to me that it’s the only option. You can’t pre-order from Plaid Hat without the coins, which is very different than many Kickstarter projects where there is a core reward and then a premium reward for $10-$20 more.

Last year, St. Louis’ Carol Mertz ran a Kickstarter for her card game, Pass the Buck. A few days ago she wrote an extremely detailed postmortem about the project from start to finish, and it’s definitely worth reading. There are a lot of takeaways in her post, and one highlight is that Carol hosted a “pick-up-and-drink-up” meetup at her favorite local bar to allow local backers to pick up their rewards. This saved her the shipping cost for over 40 rewards and gave her the chance to thank backers in person. I think this is a great way to fulfill rewards if you have a lot of local backers. 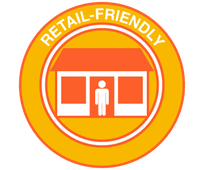 “We have built into the Kickstarter several additional retailer bonus unlocks that once unlocked (via the number of retail backers in the campaign) will provide ‘Add-On’ purchases available only at retail and not purchasable during the Kickstarter by backers. These will not be limited runs but a general release available to all customers upon launch of the game in shops.”

I completely understand the desire to forge strong relationships with retailers, though it seems that something like this could alienate non-retail backers. With 524 retail backers and nearly 23,000 total backers, apparently people are fine with it.

The TerraTiles project successfully funded over a year ago, but the recent development is that Heath and his team have put together a series of videos showing how the fulfilled US orders by hand. This isn’t a fulfillment method I recommend, but Heath talks a little about why they chose to do that at at 2:40 in this video. In that same video at 5:00, he shows a clever trick to use when creating packing labels to minimize the need to cross-reference when packing boxes. 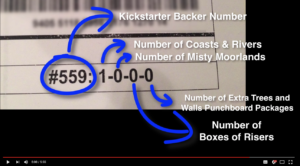 Seisei from the doosh/off Kickstarter project recently reached out to me to share a detailed workplan she had created using my Kickstarter Lessons and other things she learned while preparing for her campaign. She kindly made it public so you can access it and export a copy for your own project. It’s basically a long checklist of all the things you should do while preparing for a project, dating back to 6 months before you launch. You can enter your projected start date at the top of the page, and all of the other dates will automatically to tell you what you need to do day-to-day. Thanks Seisei!

These projects represent a small sliver of unique crowdfunding innovations. Feel free to add your thoughts about these projects or others in the comments!