Hiring in a World of Volunteers

You’re in a job interview every day, all the time, for a job that may not even exist yet.

Three years ago, I was running my first tabletop game Kickstarter project (Viticulture). I got a message from a guy named Morten in Denmark asking if he could see the rules to the game (as I know now, I should have had them posted from day one, but I was learning on the fly).

When I sent Morten the rules, I didn’t expect much. I figured he’d make a decision to back or not back the project based on what he read.

So it was much to my surprise that Morten replied with a ton of great suggestions to fix typos and restructure the rules to make them easier to understand. These are the types of things that hundreds of volunteers help me with today, but at the time I didn’t know that people enjoyed assisting in that way. Morten was the first. 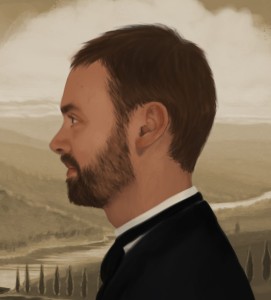 I consider a Morten a rare find, though, particularly for Stonemaier. Over the next three years, Morten consistently assisted us with proofreading, advice, and project management (he lives in Denmark with his family, so he’s able to chime in on Kickstarter when I’m asleep).

I learned that Morten was particularly passionate about solitaire game design, and his Automa system has become a core part of Tuscany and Between Two Cities. When Morten had some ideas for a Euphoria expansion, I signed him on as the designer for it. And we’ve discussed the possibility of Morten designing a cooperative game for us.

All of this culminated in Stonemaier Games making Morten our first hire a few weeks ago. He’s our part-time Development Specialist, and he’ll be designing and developing games for us, helping out with social media, and adding value in all of the various ways he’s helped us out over the last few years.

And it all started with the simple gesture of proofreading the Viticulture rulebook.

I think we’re entering a new era of the hiring process, particularly with crowdfunding-driven companies. We hired Morten not because we had a job opening. We hired him because we knew how invaluable he was to Stonemaier–he had demonstrated time after time that we couldn’t afford to not hire him.

At my last job, the hiring process was very different. We would create a new job position and description, post it on a bunch of websites, try to quantify all the applications we received (almost all of which from complete strangers), filter them down to the top 3-5 applicants, call their references, then interview them multiple times before making a decision.

There’s nothing wrong with that process, except that there’s a huge amount of uncertainty when you’re hiring someone you haven’t already worked with. Someone might indicate that they’re a “people person” or that they’re “detail oriented,” but unless you’ve seen them on a bad day or witnessed them coordinate a project from start to finish, you don’t really know.

That’s the big difference with volunteers. I knew most of Morten’s strengths and weaknesses as they pertained to Stonemaier well before the idea of hiring him ever became a possibility. I knew that he was proactive because he proactively does stuff all the time. I know how well he accepts feedback and criticism because I’ve given him tons of it. And I know that Morten is willing to call me out on my crazy ideas and weaker moments because he’s done it dozens of times, and that’s an incredibly important asset to me (it’s one of the reasons I value my cofounder, Alan, so much).

Perhaps most importantly, I knew Morten’s passion for Stonemaier Games. You don’t volunteer for a company for three years with nothing to show for it if you don’t love what they do. That’s the type of person I want to represent the Stonemaier name.

So what does this mean for you? As I mentioned at the beginning, it means that you’re in a job interview every day, all the time, for a job that may not even exist yet. You may or may not want the job, but that’s somewhat irrelevant.

The great thing is that none of this means that you should be on your best behavior all the time. Rather, it means that you have the opportunity to be yourself, and if a company likes you for who you are, then they’re probably going to be a great match for you.

But the key is the way you volunteer for the companies you love. If any part of you wants to someday work for a specific company (or one of a few specific companies) in any industry, find ways to help them starting today.

I want to be specific about this, because I don’t mean for you to contact your favorite company and say, “How can I help?” Rather, read this Kickstarter lesson about helping them first, then just go do something to help them. Finding ways to help is a hireable skill on its own.

I’ll end on a word of caution: Your favorite companies may never have job openings, and if they do, they may never hire you. It’s nothing against you or the time you volunteered for them. It’s just business.

So if you do choose to actively help a few companies with your time, even if you have the hope that it may someday turn into a paying job, please make sure that it’s about a lot more than that. It should be about love, passion, and fun. If it stops being fun, stop doing it, because eventually you might start to resent the company for not hiring you–that’s not the intent of this article!

I’m really curious about what other companies think about this process. Have you ever hired a volunteer to a part-time or full-time position? Do you view that as an upgrade over the traditional hiring process?

33 Comments on “Hiring in a World of Volunteers”