Kickstarter Lesson #239: I Was There When… 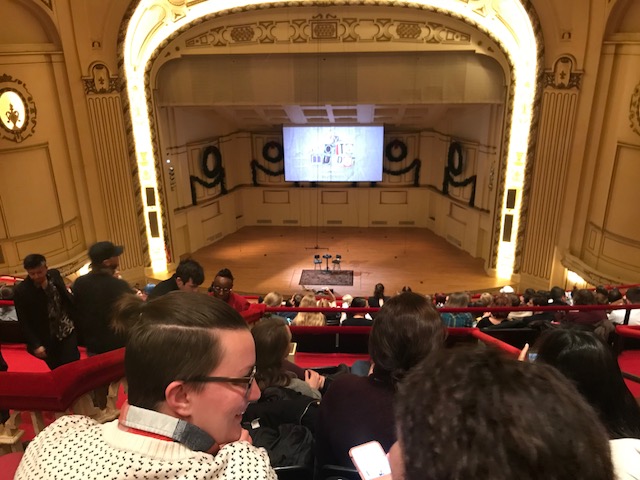 On Friday I paid $30 to watch a live recording of a podcast I could have downloaded for free a few days later.

I wasn’t alone. Powell Hall in St. Louis seats 2,689 people, and it was sold out. We were all there to watch Karen Kilgariff & Georgia Hardstark record a new episode of “My Favorite Murder.” I’ve never actually listened to the podcast–I was there because a friend got a group together for the performance.

In all honesty, I was stunned by the the size of the audience. As much as I love to listen to podcasts, I had never considered them in the same realm as musicians. Even if a podcast has a big audience, it amazes me that so many people just in St. Louis alone would show up for the event.

So of course I spent half of the show thinking about how this phenomenon applies to crowdfunding and entrepreneurship. :) Below are the reasons why I think people are willing to show up for a live performance or for a Kickstarter campaign when they could just get the same thing later.

I think my biggest takeaway is how much more powerful “now” is versus “ongoing”. The present is fleeting, transient, and scarce–you get one chance at it. Even though I want to produce games that are consistently available to those who want them, I also want to create memorable moments and experiences to inspire people to act now and feel great about it.

Have you ever watched a podcast being recorded live? Or a book reading by the author, concert, or live sporting event? Why do you go to some live events and not others?