Review Embargos, Quality vs Price, and Other Tapestry-Inspired Topics 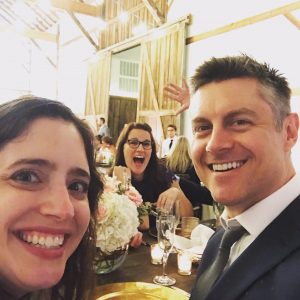 I spent this past weekend at an out-of-town wedding in rural Virginia, which severely limited my internet access (though I was able to chime in on rare occasions when I was sitting next to the wi-fi hotspot). When I returned, I learned about some Tapestry-related conversations that I thought I might address all in one place. Let’s jump right in!

For our last 7 product releases, we’ve implemented an embargo date for the advance copies we send to reviewers. The primary reason is that we do not want to rush reviewers–we want them to have ample time to play the game, evaluate it, and compose their thoughts so their reviews can best serve potential customers. Without an embargo date, reviewers can feel pressure to be the first to release their review.

The date I’ve chosen to end the embargo for all 7 of those products is the day that our direct preorder begins. I want someone to be able to watch a review, decide that they want the product, and instantly be able to order that product (there’s no risk of them forgetting). Our preorders last a few days–it’s not like there’s a race to watch/read reviews–and even if some people don’t discover the reviews until after the preorder, our games are constantly reprinted and are available from retailers worldwide. 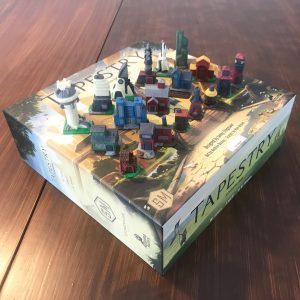 Among its many components, Tapestry features 18 prepainted landmark miniatures. I knew this was a risk for several reasons (the aesthetic of a painted miniature is highly subjective, and it involves an increase in cost/price). However, Rom Brown’s sculpts inspired Tapestry’s design, and throughout the development process they continued to feel like an integral part of the experience of building a vibrant, colorful civilization.

Some have wondered if Tapestry’s price (which isn’t publicly information yet*) could have been a lot lower if we had used tiles or unpainted miniatures instead. For tiles, absolutely, the game would be cheaper, but the presentation would have been dramatically different.

For unpainted miniatures, though, the difference in MSRP would have been minimal. The MSRP I selected for Tapestry is artificially lower than what it should be based on a 5x multiplier on manufacturing costs (i.e., a game that costs $8 to make would have a $40 MSRP). So even though unpainted miniatures are cheaper to make, the actual difference in MSRP would only be approximately $10.

Just like any component in any game, it’s the job of the publisher to decide if the increase in quality is worth the increase in price. I think a $10 increase in price for prepainted miniatures in Tapestry instead of monochromatic or grey miniatures is absolutely worth it. Plus, there will be plenty of places where you can purchase Tapestry for less than MSRP, including directly from Stonemaier Games from September 4-7.

*Why haven’t we revealed the Tapestry MSRP? Because we’re not selling it yet, and we don’t want anyone else selling it until we start to sell it ourselves.

Recently, Rotten Tomatoes made the news when they announced that people would only be allowed to rate movies on their platform if you could prove that you’ve actually seen the movie. Makes sense, right? How can you indicate how much you like a movie if you haven’t actually seen it?

The most popular rating system for tabletop games is on BoardGameGeek. Anyone can rate any game on BGG at any time for any reason. The hope, obviously, is that people only rate games that they’ve played, but it doesn’t always work out that way. There’s an entire subculture on BGG of people who give unreleased games a 1 rating (out of 10) for a wide variety of reasons, as well as others who try to counteract those 1s by rating a game 10.

We’re not going to get into a debate about how this system works. You’re welcome to enter ratings as you wish. Rather, this is about how and when you choose to look at ratings on BGG or elsewhere (for any type of product).

Basically, the takeaway is that I recommend only looking at the ratings for any product after a critical mass of people have actually received it. I doubt that any of the 120+ people on BGG who have rated Tapestry have actually played it (particularly the final printed version), especially given the review embargo.

This post is reflective of my personal, subjective opinions based on my experiences producing and marketing games while trying to look after the best interests of our customers. I can’t claim to always achieve that goal, and sometimes I have to make choices that lead to a successful company so that we can continue to make stuff for our fans (otherwise the price for all of our games would be $1!).

If you also have some opinions to state as such, you’re welcome to do so in the comments. I’m also happy to answer your questions.

39 Comments on “Review Embargos, Quality vs Price, and Other Tapestry-Inspired Topics”