Recently a project creator named Andy Patton contacted me to share some interesting ideas he has about the new economy that’s forming on Kickstarter. I invited Andy to share his thoughts on the blog, and I hope you enjoy them!

Lewis Hyde’s classic book The Gift has been an invaluable resource as I’ve prepared to launch my own Kickstarter campaign. The book won’t help set your funding goal, rewards levels, stretch goals, or any of the nitty-gritty specifics that we project creators crave insight into, but it will help you understand important but easily overlooked things about why Kickstarter works the way it does and to cultivate a mentality that may help you be a better project creator.

As I write this, I am in the middle of a Kickstarter campaign for a game called Speakeasy. In the midst of all the worries and joys that entails, Hyde’s thoughts have reminded me time and time again of what this process is really all about.

In The Gift, Hyde talks about the difference between the “market economy” and the “gift economy.” We are all familiar with the market economy—it is how we get our groceries, pay for gas, go to college, etc. In the market economy, you trade money for goods and services and then the interaction between buyer and seller is finished; there is no outstanding debt. In the gift economy, however, the exchange is only the beginning of things.

What does this have to do with Kickstarter? 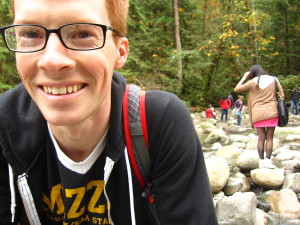 In one sense, Kickstarter operates in the market economy; after all, backers pledge money and receive products and rewards after the campaign is completed. However, when we look at the exchange that occurs between Kickstarter creators and Kickstarter backers, it is more indicative of a gift economy.

In fact, in many ways Kickstarter is the perfect case study of a modern gift economy. Though money is being exchanged, a Kickstarter pledge is not the same as paying the sale price—it’s a pledge. Pledges are made before the product exists and in that sense the backer is joining the mission of the creator and enabling him or her to fund their dream project. It is a gift that indebts the creator to the backer and catalyzes a relationship between the two parties.

In successful campaigns, the pledge is only one of many gifts Kickstarter backers give to creators. Over the past two weeks of the Speakeasy campaign, I’ve seen many of my backers become the game’s biggest advocates as they write reviews, post to blogs, invite their friends over to play the game and spread the word far and wide. Its been a joy to see friends and family do this, but an even greater joy to see complete strangers encounter the game and become as passionate about it as I am!

This places the Kickstarter creator in a fundamental position of debt and gratitude. I can’t thank my backers enough for all the support, advice, and feedback they’ve given me. Speakeasy will be a better game because people have taken such an interest in it during the campaign. 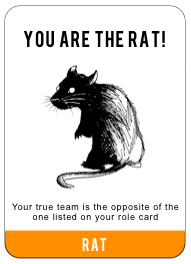 As is true in every gift economy, this debt and gratitude creates fertile soil for relationship and connection to grow. It has been fun to meet up with my backers here in Chicago or bump into them in gaming conventions. Because the nature of the gift economy of Kickstarter is what it is, these people are not strangers; they are already friends.

Kickstarter has gone a long way to use its policies to underscore the fact that it is not a store, but I wonder if most of the heavy lifting to that effect is not already done by the culture of a gift economy that arises between backers and creators? Even backers that enter into a project primarily to get the tangible product still enter into the journey the creator is on, and the impersonal object of the market economy becomes the personal subject of the gift economy.

At the end of the day, The Gift reminds me that—in the midst of all the stats and numbers of the campaign—Kickstarter is really about a bunch of people getting passionate about the idea of bringing a new, creative project into the world and, while the end result is the exciting crescendo, the community that makes it possible is where the real magic happens.

Thanks Andy! If you’d like to see how Andy is now part of the “gift economy” on Kickstarter, click here.

8 Comments on “The Gift Economy”