The Hard Data Behind Play-and-Win

UPDATE: If you represent a convention that has a play-and-win section, please list it on this Google Doc so publishers can send you copies of their games.

A few months ago, I wrote a post on this blog called An Open Letter to Small Game Conventions from a Tiny Publishing Company. With over 2,500 Facebook Likes, it is by far the most shared post I’ve written.

The post describes an innovative way for publishers to offer people exposure to their games at conventions. It’s called play-and-win, and it was created by Jay Little when he started a convention called Geekway to the West in St. Louis about 10 years ago. I had the pleasure of meeting Jay at Geekway a few weeks ago.

Play-to-win works as follows: Publishers donate games to a convention’s play-to-win section. Any convention attendee can check out a play-and-win game (or play any copy of that game in the game library or that someone brought to the convention). When they return the game, they write the names of everyone who played it (or taught it) on a piece of paper, which they deposit in a jar next to that game. At the end of the convention, one person who played the game will win it.

You can go read the original post about why this is a great system for publishing companies and gamers. Today I want to talk about data.

Marshall Jansen, one of the people who currently runs Geekway, was very generous to share with me the data from all 67 games in this year’s play-and-win section. I asked for his permission to write about this data on the blog because I wanted to see if there are certain patterns that publishers should take into account when submitting games to play-to-win sections.

So I took Marshall’s data and added a few columns (Board Game Geek rank, year published, max # players, and max game length). You can see the full data here, and I’ll break it down below.

Note that the metric I’m using to determine which game was the “best” at Geekway is based on total number of players over the entire tournament. The key for a play-and-win game is exposure–you want as many people to play it as possible. These aren’t unique views, as the same person might have played a game several times. Also, the data is a little skewed because most of these games had more than 1 copy in the play-to-win section, and as I noted, you could play copies of these games from the game library or those that attendees had brought to the convention. 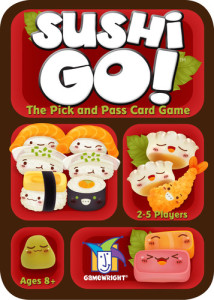 The average BGG rank for those games is 547. Most were published in or after 2013. All accommodate at least 4 players, with an average max player count of 6.1 players (vs. actual average players per game of 4.1). And the average game length (as estimated on BGG) is 40 minutes.

The key is that these are new, short, larger-group games. That very much resonates with my experience of Geekway. As a gamer, I love long (60-120 minutes), complex games, but when I’m at a convention, unless someone is going to teach me how to play, I don’t want to read an 18-page rulebook. Does that mean that Sushi Go is a better game than Terra Mystica? Nope. Is it a better game for a play-to-win section? Absolutely.

Perhaps the most interesting thing to me about that data is the BGG rank average of 547. 547 is nothing to scoff at, but it’s still pretty low. I think that’s a good thing–us publishers don’t have control over our BGG rank, but we do control our player counts, publishing dates, and game length.

But let’s not discount the impact of games that fit into a different mold. Sure, getting 440 plays would be awesome, but it’s still great if your game saw 100 plays. Let’s dig deeper into the data and look at the averages from the top 25 most played games.

Averages from the Top 25 Most-Played Games

This is fairly representative of what we saw in the Top 10. When you choose games to donate to play-and-win sections, choose games that can play 5-6 players but that play well at 3-4 players. BGG rank doesn’t matter much, but make sure you have enough plays logged on BGG to get close to the top 500. Your game doesn’t need to be brand-new, but it should be new enough that it’s still in the public eye. And your game should be playable in under an hour.

There were a few helpful comments after I originally posted this entry about looking at the play-to-win data from a different angle, so here’s one other perspective. I wanted to look at the return on investment (ROI) when a publisher donates a game to a play-to-win library. This formula may be WAY off, but it’s something to consider.

Instead of just looking at overall plays, let’s look at how much money publishers will make by donating a game to a play-to-win section. The formula is: (total # players) x (% who will purchase the game) x (cost of game)

The % who purchase the game after playing it at the convention is completely hypothetical, but I’m going to say 7% for a brand-new game, less 1% for every year since publication (i.e., 7% for a 2014 or future release, 6% for 2013, and so on, with a minimum of 1%). Of course, this is very inexact data, because if no one likes your game, they’re not going to buy it. Perhaps future play-to-wins can let players rate the game?

I pulled the cost of each game from the banner under each game on BGG. This isn’t the MSRP, nor is it what the publisher receives. It’s just an anchor price to give us a frame of reference to compare faster, smaller, cheaper games to bigger, more expensive games.

Top 10 Games Based on ROI

Some very different games occupy that list, and it’s clear that it’s absolutely worth the small investment from a publisher to donate a game to a play-and-win section. Here’s a profile of those games:

Compared to the previous schemata, the player count, length, and cost per game are higher here. 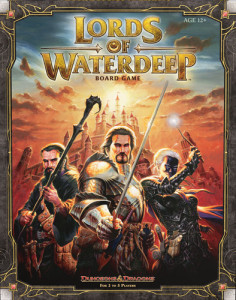 What did you learn from this data? Do you see patterns that I’m missing? Thanks to Marshall and Geekway for sharing this data!

31 Comments on “The Hard Data Behind Play-and-Win”