The ROI of Geeking Out 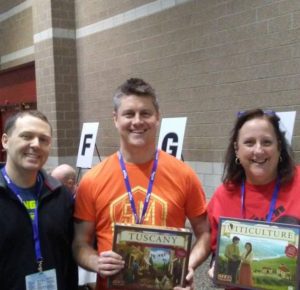 I actively seek opportunities that create a direct return on investment. Kickstarter was great for this: Invest X amount of time and Y amount of money to gain Z backers and funds. Clean, simple ROI.

Conventions provide a more difficult calculation. Sure, if you bring games to sell at a convention, you can determine the amount you spent versus the amount you earned. But what about the people who saw your games but wait until later to buy them? Or the first-time customers who become lifetime customers from a variety of retailers?

I’ve learned from a local convention that there’s another element of ROI that’s even more difficult to calculate: The ROI of geeking out.

I spent the last 4 days at Geekway to the West in St. Louis. I describe Geekway to people as one long game night with a ton of people (2500 this year). While there are structured events and a vendor area, the vast majority of space is devoted to open gaming and play-and-win gaming.

This is my fifth Geekway, and here’s what I focused on this time:

So what’s the ROI of attending a convention in this way? The cost is minimal–the cost of the donated games, my ticket, and gas to drive to St. Charles.

The benefit of geeking out with people over 4 days isn’t a number, though. It’s kinship. We now have a shared experience, a special connection, whether I played a game with someone, answered a rule question, or just exchanged a knowing smile in passing. I love that.

While kinship doesn’t have a monetary value, in my opinion, it’s priceless. I’m extremely grateful to the team at Geekway for fine-tuning a convention that creates the possibility for such a warm, relational return on investment.

If you’re curious, the new-to-me games I played at Geekway this year were Arcadia Quest Inferno, Onitama, Arctic Scavengers, Mint Works, Roll Player, Sagrada, Starfall, The Last Friday, Black Orchestra, Yokohama, Istanbul, Battleline, and Fields of Green. I’ll be talking about all of them on my game design YouTube channel.

Bonus: On Thursday I drove quite far from Geekway to have a late dinner at a restaurant called The Shaved Duck with my brother, his wife, and her cousin. When I walked in, I was surprised and delighted to meet two designers for whom I have a lot of respect and admiration, Daryl Andrews and Jon Gilmour. It was a truly serendipitous moment. 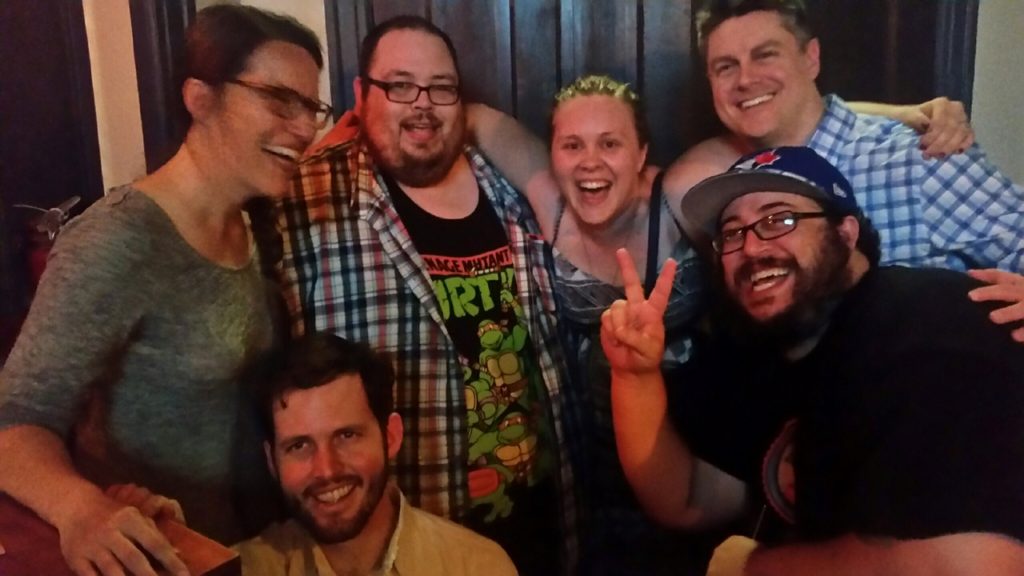 20 Comments on “The ROI of Geeking Out”