Last month I wrote about how much I like Starbuck’s reward system, and I proposed a Kickstarter stretch-goal method inspired by it. If any creators wanted to try it, I asked them to share their experiences with me so I could share them with you.

Fortunately, we didn’t have to wait very long, as Carlos Michan liked the idea for his Wishland Kickstarter project (which is live through February 25; I highly recommend backing it even just to follow along to see this system in practice). His project is currently 400% funded, and he’s shared his feedback with me as a list of pros and cons. I’ll post a summary of them below. 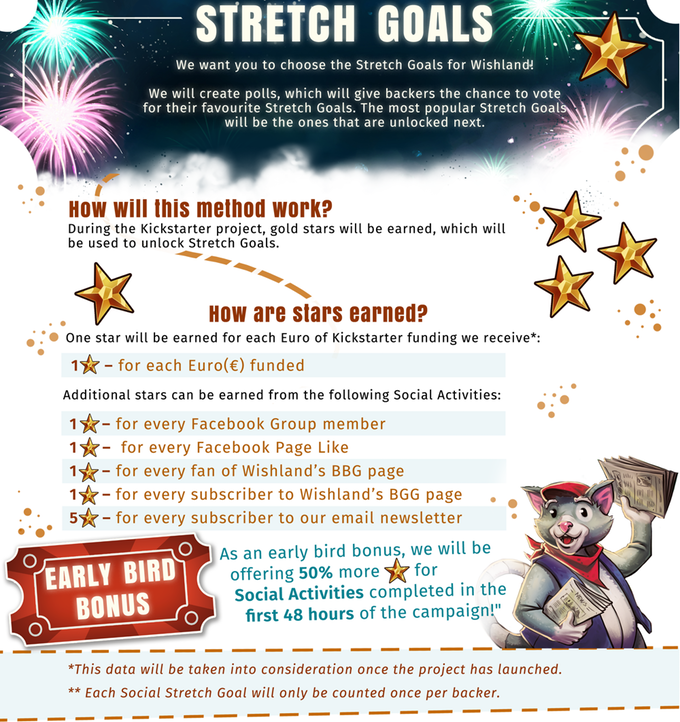 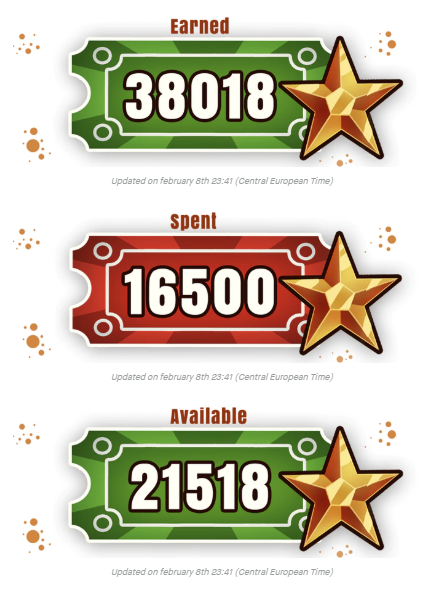 Carlos is using Strawpoll.me for the polls, and I asked him why he wasn’t using BoardGameGeek (as this article indicates, creating engagement on BGG can move your game onto the hotness list, which gets it in front of many more eyes). Carlos made the good point that not all backers have BGG accounts.

Overall, Carlos says that he thinks the pros well outweigh the cons, and he’s very happy with the system. As a backer of Wishland, I can honestly say that I’ve felt more engaged by it than any project in a long time. I get so many project updates these days that I rarely read them, but I’m excited every time I get a project update for Wishland so I can see what we unlocked (though I wish Carlos would add a visual to the update show what we unlocked) and what’s on the next poll.

What do you think? Please keep me in the loop if you try a similar method with your project!

While we’re on the subject of stretch goals, Cody Thompson of Gold Nugget Games had an interesting observation about the release schedule of The Mandalorian on Disney+ and how it created a huge amount of buzz throughout the show.

Basically, the first two episodes aired within 3 days of each other. Then there was a regular 7-day release schedule….until the final two episodes, which were separated by 9 days.

It’s an interesting strategy, and I think most of it applies well to Kickstarter stretch goals. But while the final stretch worked to generate conversation for a show as big as The Mandalorian, having a big gap at the end of a Kickstarter would probably make it feel like nothing is happening during that time. What do you think?