I’ve been designing board games since I was 7 or 8 years old. I discovered Euro-style games in 2004, which opened me up to a whole new world of game design. Since then I’ve designed two games from start to finish (Viticulture and Euphoria), and I’ve also played a ton of games, especially in the last few years.

10a. Play lots of different types of games. I get excited about big, complicated, meaty games. So sometimes it’s tough for me to get lighter games to the table. But I’ve learned SO much from those games that make me think outside of the box that I often keep myself in.

10. Minimize frustration as often as possible. This might seem obvious–of course you don’t want players to feel frustrated. You’ll never design something to purposely frustrate players. But it’s all too easy to overlook frustration when you’re testing the game with other players. For example, in Viticulture (and many worker placement games), a big part of the game is the constraint that if other players choose an action, you may not be able to take that action. That’s fine, and for a player who really enjoys a puzzly experience, they won’t mind being blocked. But the problem in Viticulture is that order of operations really matters for the winemaking process, so getting blocked a few times can ruin your plans. So we fixed it with grande worker.

9. The first game matters. This is a lesson I’m still learning. I used to think that the first time any player plays any game, it’s going to be clunky and long. The thing is, the first game matters. It impacts a player’s experience with that game. It’s like reading the first chapter of a book–if it makes no sense and drags on forever, you may not finish it or even read chapter 2, even if chapter 2 is awesome. So keep this in mind for your games. This might mean that you include instructions for a “light” version for the first game to help players acclimate, or you might simplify the entire game and leave complexity for expansions. Regardless of how you approach it, I’d highly recommend keeping it in mind throughout the game design process.

8. The value of short-term goals. The first time I played Lords of Waterdeep, I thought it was one of the most boring games I’ve ever played. Place a worker, acquire some cubes, then eventually pay those cubes to get points. Bo-ring. But then I got it on my iPad, and I’ve come to realize that it’s a great game, and those core mechanics are exactly why the game works. From turn one, you have something specific to do (the quests) and an attainable way to do them. You don’t have to set up some complex machine to make them possible. They’re right within your reach. This is SO important. Giving players short-term goals to focus on while they develop their strategy is good for getting new gamers into a game and for giving experienced gamers concrete tasks to complete while the other half of their brains are working on their master plans.

7. Balance your cards. Cards are a great way to create controlled variability in a game. However, if some are simply better than others or are useless at different times in the games, players will feel unlucky the majority of the time when they draw cards. The key is to always make a player feel lucky when they draw a card.

6. Create a connection between mechanics and theme. You can go on BGG to read extensive debates and long forums on this topic for pretty much every game. Here’s the point I want to make: If the theme matches the mechanics, the game will be easier to learn and easier to remember. Thus the more you can connect the mechanics to the theme, the better.

5. Blind playtesting is king. Blind playtesting is when strangers learn a game from written rules and play it in the absence of the designer. DO IT. You will learn so much from people who don’t care about your feelings (strangers) and don’t have you there to explain the game–this is really the only way to find holes in your rules. If you struggle to find blind playtesters, look on boardgamegeek.com, bgdf.com, and meetup.org for playtest groups, and volunteer to playtest games for other people more than you ask other people to playtest for you.

4. Writing rules is an art form. A few points here: First, pay attention to rules that are difficult to explain, and then change the mechanics so they’re easier to explain. If it’s hard for you (the designer) to explain a rule to someone in person, imagine how hard it’s going to be for 1,000 customers to explain that rule to their friends on game night. Second, get rid of all exceptions. Exceptions to rules–no matter how thematic they are–will overwhelm players and often be overlooked or forgotten. Third, the key to an effective rulebook is not just to be able to explain the game, but also to help players reference specific rules while they’re playing the game. Keep both of those in mind when writing the rules and consider including a one-page quick guide for reference. Fourth, examples and illustrations go a long way, even in the earliest stages of the rules.

3. Downtime is a killer, and the solution is engagement when it’s not your turn. Obviously downtime is bad for games. I’ve known this for a while, and I’ve counteracted it by breaking down turns in my games to micro-decisions. That’s a good start. The problem is that if a player doesn’t think about their micro-turn in advance, it makes the game feel like it’s dragging on for every other player at the table. You can’t prevent it, but there is a way around it: Make sure players are engaged even when it’s not their turn. Give them a reason to pay attention on every turn and they’ll never feel like it’s not their turn. A great example is the gateway game Settlers of Catan. No matter whose turn it is, you pay attention to that die roll and maybe are engaged in trading. It works. 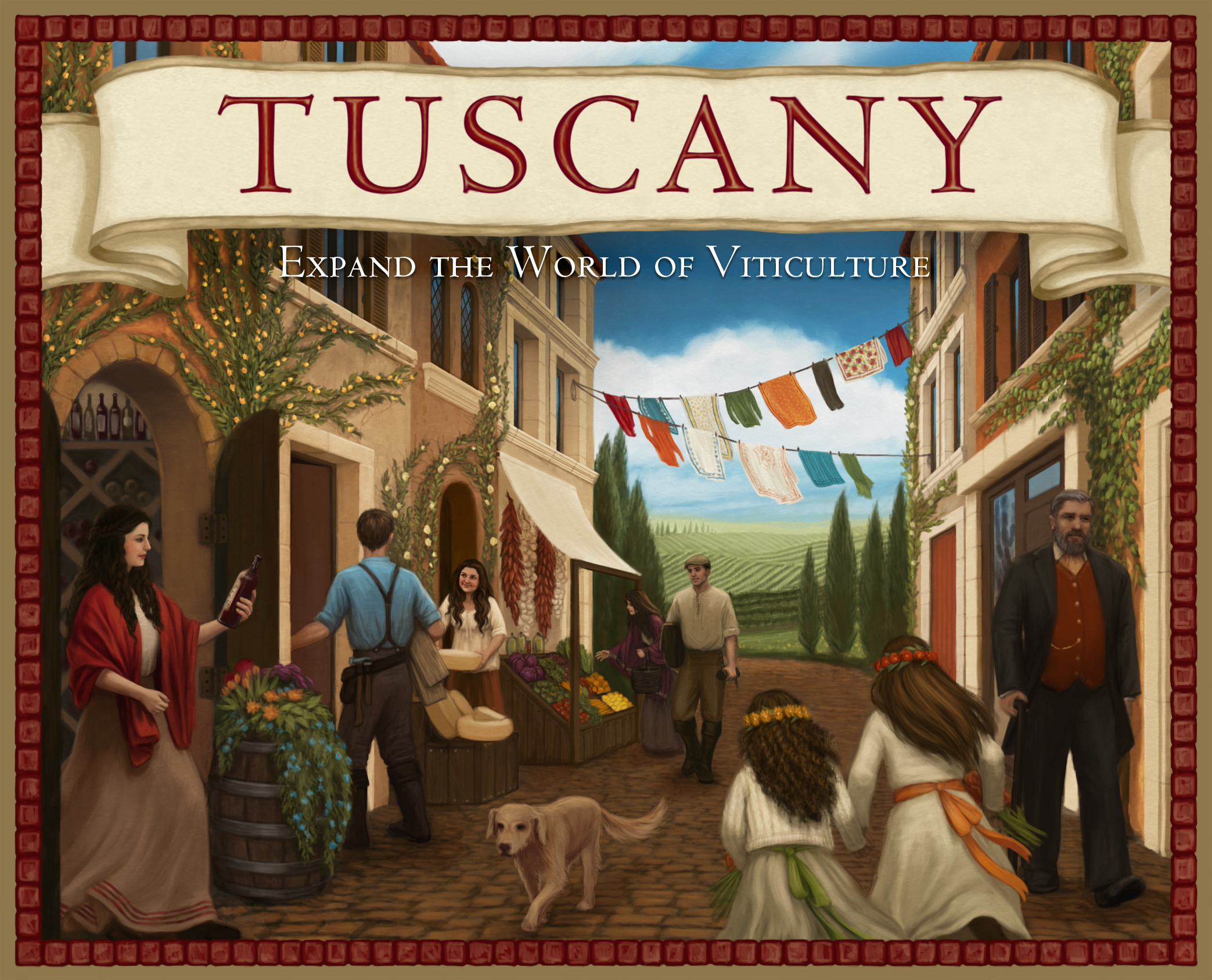 2. Forward momentum from the first turn is key. Terra Mystica is the king of forward momentum and positive feedback. You always feel like you’re building towards something, always advancing, even from your first turn. Contrast that with Viticulture. You’re always building towards something, but it’s not uncommon to look at a Viticulture scoring track 4 turns into the game and see no player with more than 2 victory points. That can be discouraging. It simply takes a while for players to accumulate points. The game still works, but you want players to feel good about what they’re doing, even early in the game. Give them outlets for points and forward momentum from the first turn. 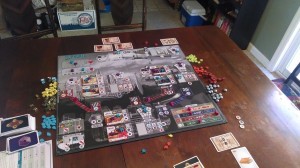 1. Everything must be FUN. I don’t mean this in the generic sense. This isn’t a cliche. This is the number one most important thing about game design: every aspect of the game should maximize fun. “Is this fun?” Ask yourself that for every decision you make about the game. Every mechanic, every card, every roll of the die should make the game more fun. This is something I really learned during the design for Euphoria. At one point the game evolved to the point that rolling dice became a nonchalant gesture that no one paid attention to. They might as well not have been dice. I realized: “Wait a minute. Dice rolling should be fun. How is this not fun? How can it be more fun?” That’s when I came up with the idea of rolling doubles leading to double turns. Sure, it meant I had to find ways to mitigate the luck factor involved, but right away the idea clicked. The act of rolling dice was exciting and fun–not just for the player rolling, but other players paid attention as well. I’ll continue to ask myself the fun question for future games, and I hope you do too. That’s why we play games, right?

What have you learned about game design by playing and/or designing games this year?