Three Weddings and a Baby

But they have. Several of them. I love engagement stories, so even though I haven’t been engaged myself, I’ve been honored to play a small role in several proposals (and I’ve observed several others).

All of these stories have something in common: People have used cards from our games to surprise people they care about during pivotal moments of their lives. I think that is truly amazing. I’m sure many other game companies have stories like these, and it’s one of the reasons I love this industry.

The first that I’m aware of is one I learned about after it happened. The full story is here, and the Viticulture card Mark used to propose to his fiance is here: 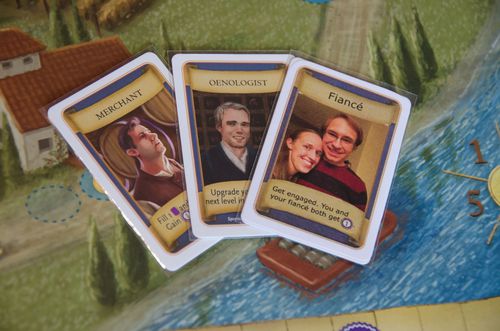 I was so amazed that someone would do this that I later incorporated a Fiance card–with Mark’s permission–into the Moor Visitors expansion: 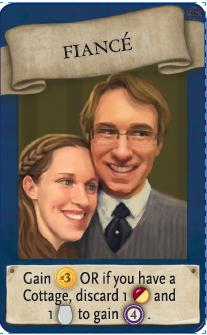 In 2017, I was contacted by a woman named Rebekah who was preparing to propose to her boyfriend using Scythe. I privately shared the encounter card frame with her, and she added her own art and text. I then connected her with Andrew at Print & Play Games to print the card.

Rebekah later shared the story in the Scythe Facebook group, and she let me share it on BGG as well. Here’a  photo of the card she created: 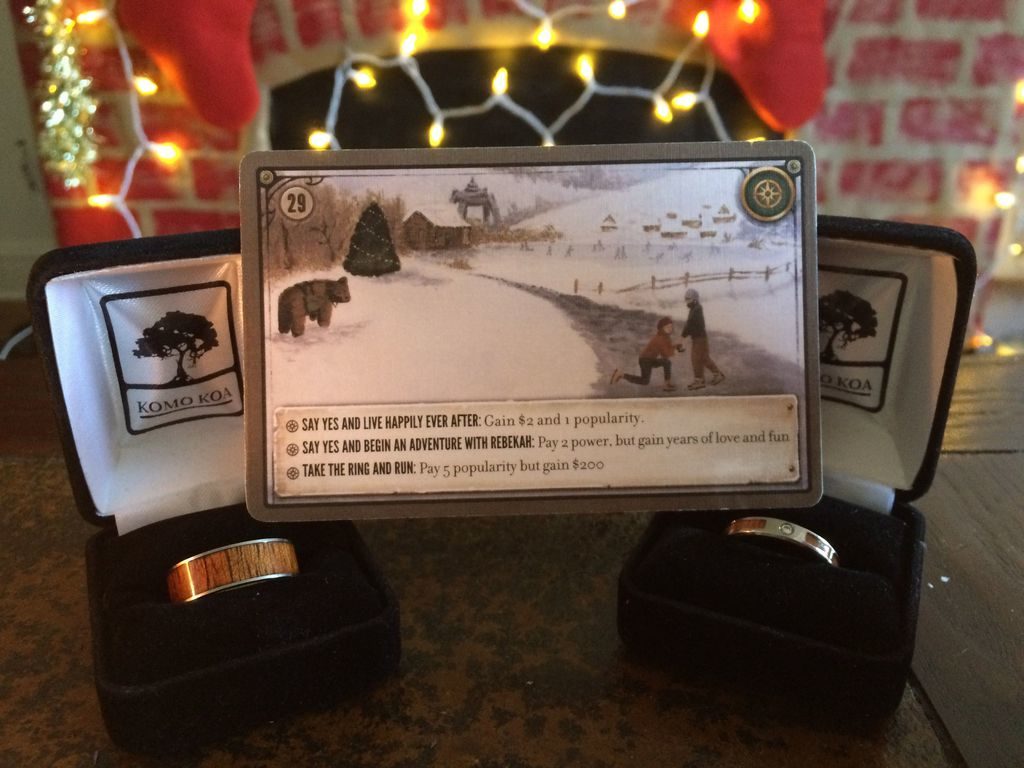 Last year I also worked with someone in a similar capacity to help them propose, but they didn’t end up sharing the proposal publicly, so I won’t go into details here (I think it was successful, though).

The latest story was another first: Someone used their copy of Wingspan to announce that they’re having a baby. They shared this card (created on their own) in the Wingspan Facebook group: 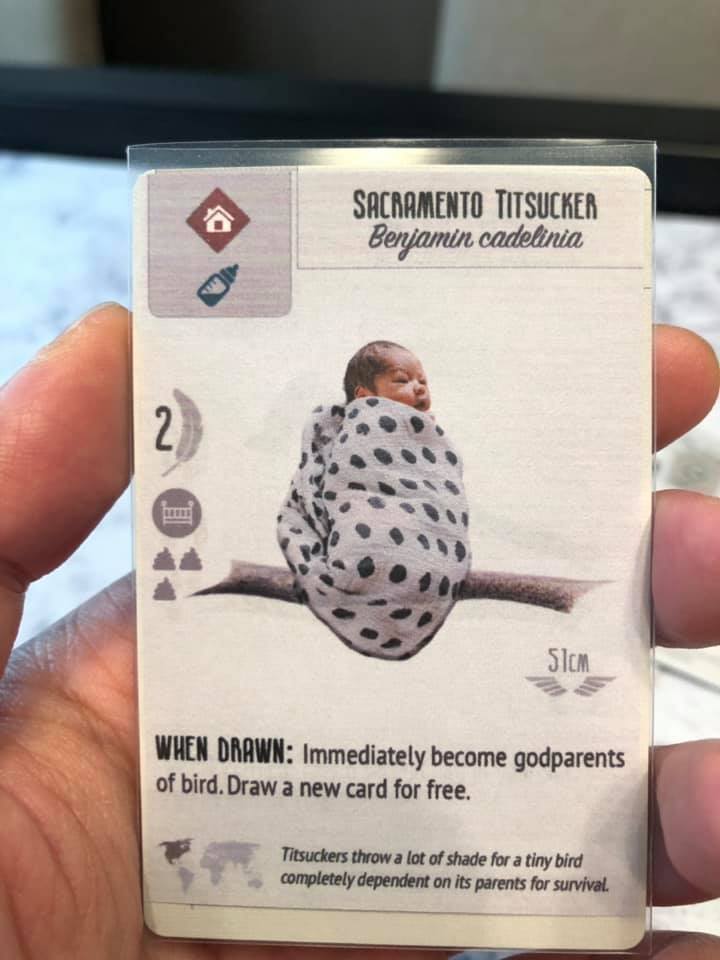 These stories make me wonder a few things:

Update: Here are some more! 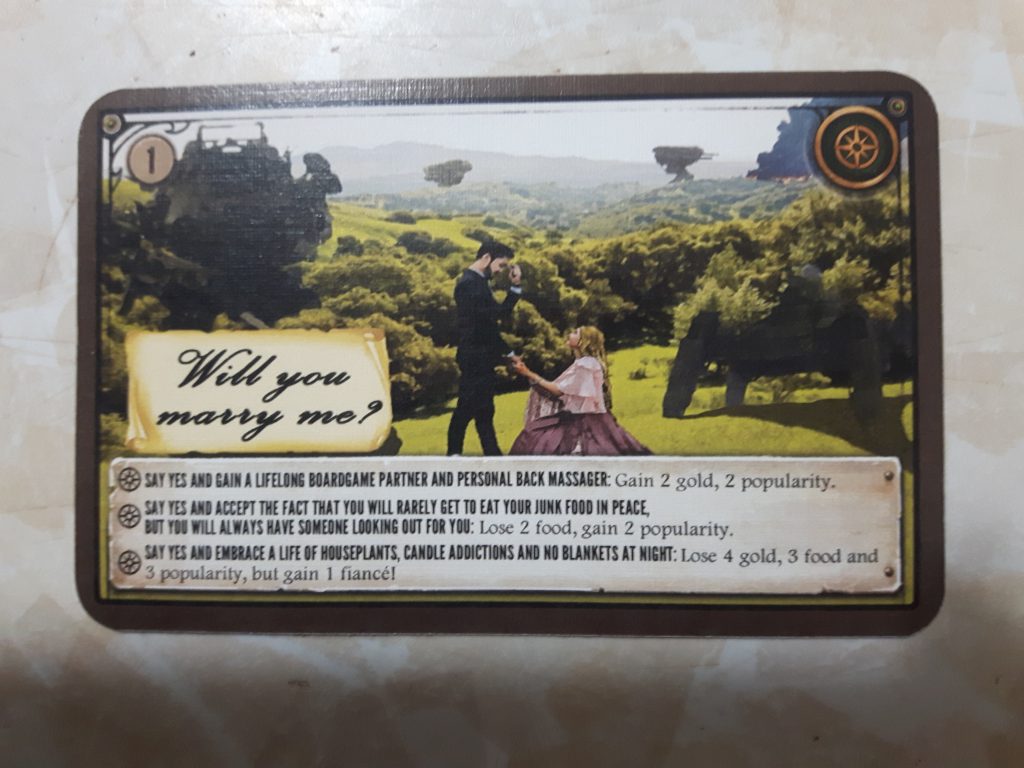 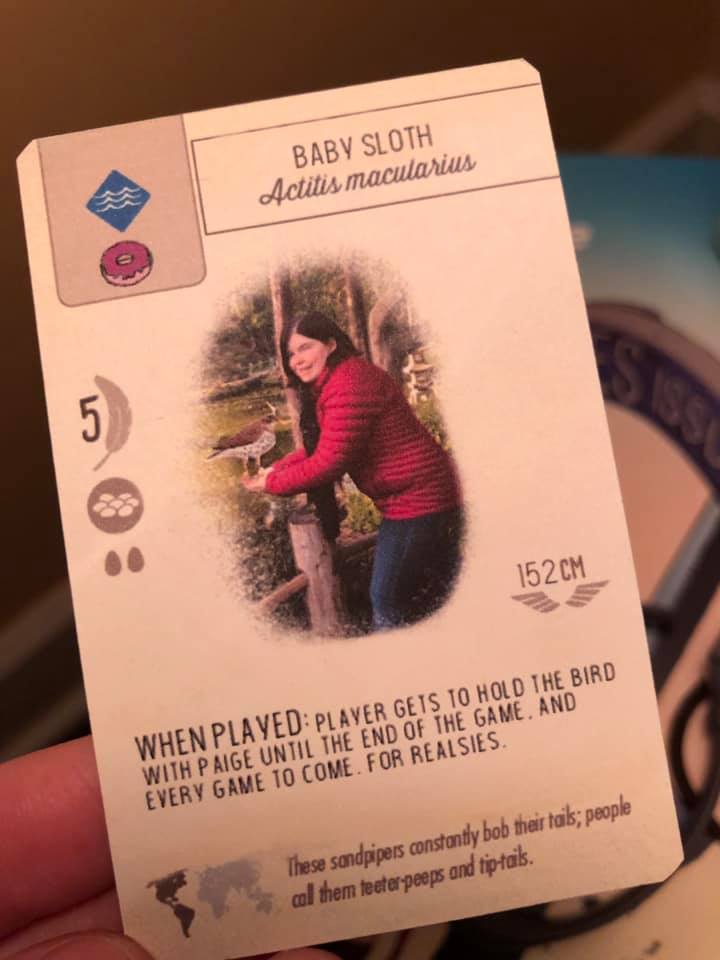 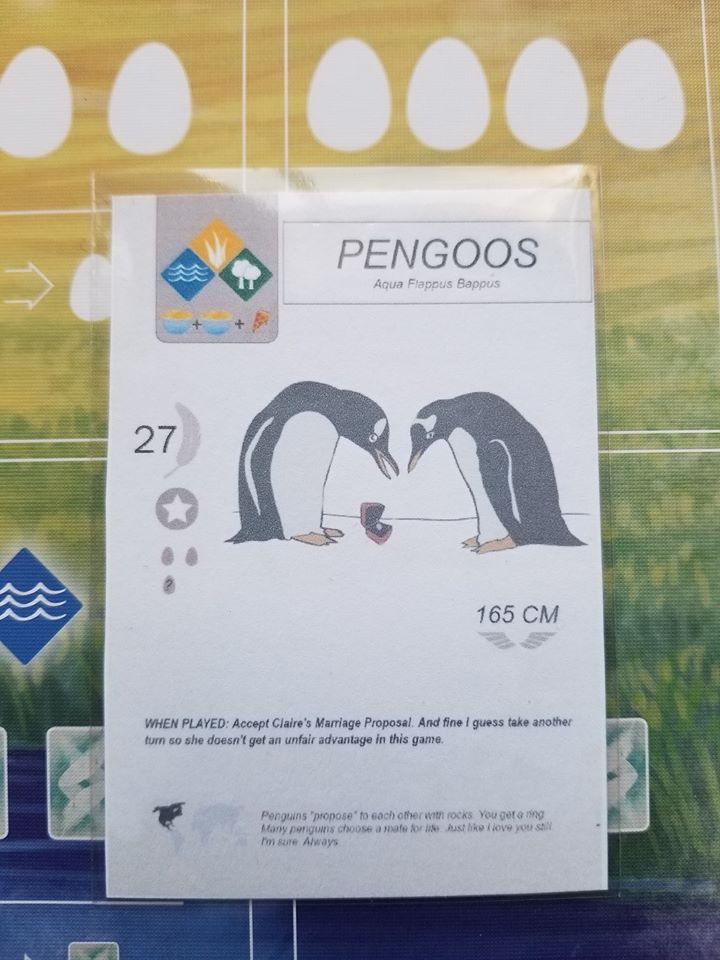 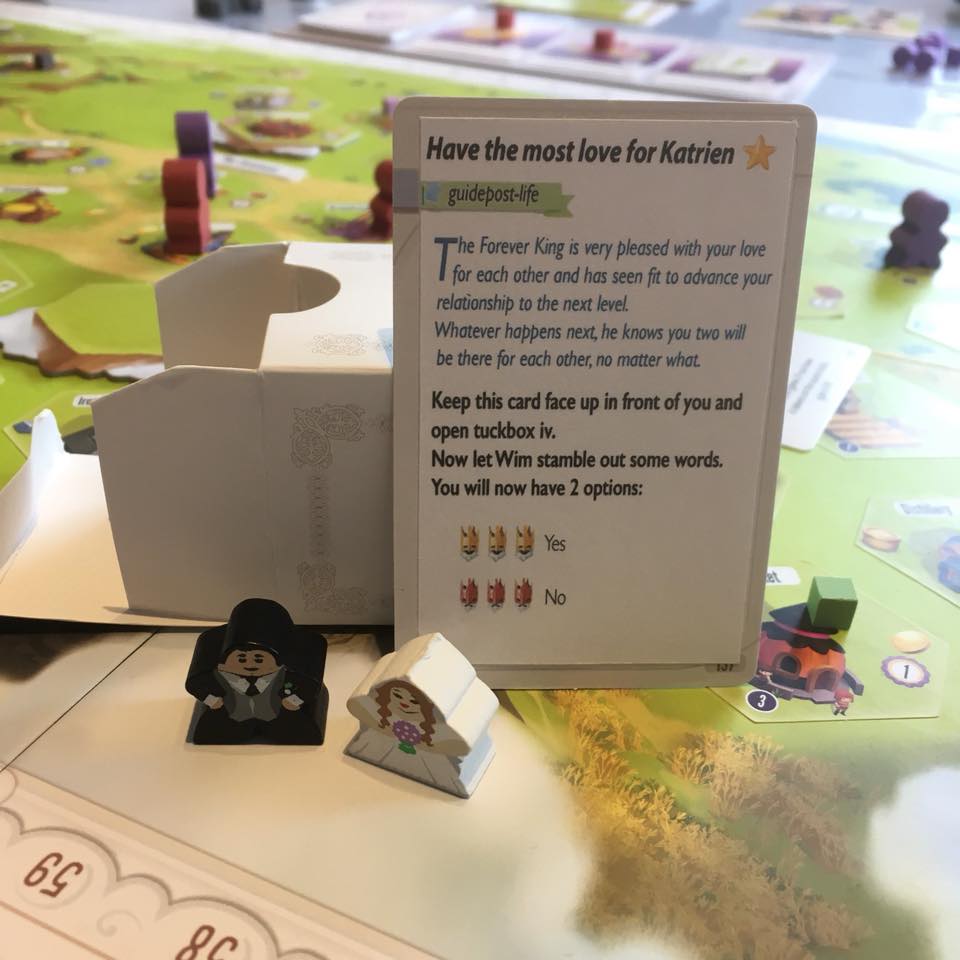 Have you ever used a board game or other product to make an announcement?

18 Comments on “Three Weddings and a Baby”