An Open Letter to Gamers from a Growing Publishing Company 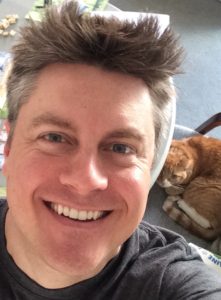 Thank you for playing games, especially tabletop games. I’ve been playing board games since I was a little kid, well before I realized how important they were for an introvert like me. I’m incredibly fortunate that I now get to play more games than ever and that I’m able to design, develop, and publish games as Stonemaier Games’ one full-time employee.

A few years ago I wrote an article called An Open Letter to Kickstarter Backers from a Tiny Publishing Company. Even though Stonemaier Games no longer uses Kickstarter, that letter is essentially Part 1 to today’s letter, which is about things I think gamers would benefit knowing about publishers based on comments and questions I hear every day.

This letter is predicated on the assumption that you want the gaming industry to survive and thrive. Maybe you don’t love every game, every publisher, or every designer, but in general, you have love for games and want to reap the benefits of having great games, great designers, and great publishers.

In no particular order:

If any of these thoughts resonate with you, I’d highly recommend reading the spiritual successor to this post, An Open Letter to Kickstarter Backers from a Tiny Publishing Company.