Kickstarter Lesson #219: The Power of Pre-Commitment 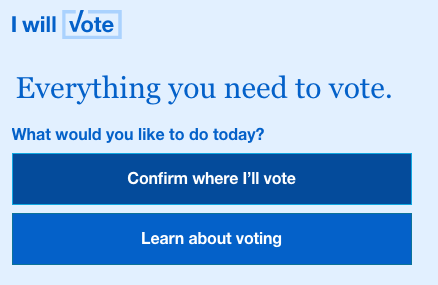 Do you intend to vote in the next election?

As mentioned in this article, a study was conducted in which researchers called people and asked if they were planning to vote in an upcoming election. Everyone said yes.

The researchers later looked at how many of those people actually voted (compared to a control group who didn’t receive a phone call). Here’s what they found: “The subjects who said they were going to vote actually did so much more often than those in a control group.”

What’s going on here? Does saying you’ll do something actually increase the chances you’ll do it? How does this apply to crowdfunding? Let’s find out.

Robert Cialdini, author of a number of behavioral psychology books, talks about the principle of consistency: We feel compelled to do things that are consistent with our stated intentions.

You’ve probably experienced this in the form of RSVPs. If you confirm that you’re going to attend a wedding, there’s an excellent chance you’ll actually do it.

I’ve been using something similar to this method for a while via our future printing request form. On it I ask people three questions:

The primary purpose of the form is to gauge demand. Even though the responses aren’t as rock-solid as if I asked for a pre-order, by asking people to state their intentions, the data is still useful. Since January 1, over 4400 people have filled out that form.

One of the best implementations of this method is something my friend and colleague, John Coveyou, used on his first Kickstarter campaign. Leading up to the launch, he reached out to friends, family, and various people to ask if they would commit to pledging $1 on launch day. 40 people agreed to do this.

Nearly all of those people followed through with a Day 1 pledge. Not just that, but over 30 of those people actually backed the project for a full reward or a higher reward level.

I think there’s a key difference between what John did versus getting people to sign up for a project launch reminder. John got people to say “yes” to making a pledge before his campaign began. He didn’t hound them or push them to do something they didn’t want to do–he simply asked them to state their intentions.

As subtle as this is, the principle of consistency and its impact on pre-commitments is a powerful tool for creators. It could make a big difference on the crucial Day 1 of a project, or it can help you accurately gauge demand on your version of our future printing request form.

I look forward to hearing examples in the comments about how you’ve implemented or engaged with this technique. If you say yes to something, are you more likely to do it?

8 Comments on “Kickstarter Lesson #219: The Power of Pre-Commitment”