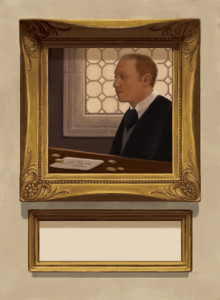 Over the course of the Viticulture, Euphoria, and Tuscany campaigns, I’ve learned a few things about custom art that I wanted to share with you. Before I get to the nitty gritty, let’s talk about why custom art is a good idea.

Within an hour of Tuscany launching, the 32 slots for custom art were sold out. They were priced at $149 each, and they included a “Prima” copy of Tuscany, valued at $59. I think this is pretty typically for a project with limited custom art. It’s a nice way for a project to have an early boost.

Also, custom art is a good way to separate your project from projects that feel like pre-orders. This is a direct way to involve backers in the game that they’re helping to fund.

Now, some people say they don’t like custom art because it looks…well, it looks like custom art. When you’re playing a game, you want the effect to be seamless. The thing is, for any art of a person, the illustrator is going to use a model of some sort. So as long as you have a good artist who is able to integrate the person into the flavor and feel of the game, it might as well be one of the backers who helped make the game a reality.

Here’s are some key points to consider:

That’s everything I know about custom art. What have you learned from backing/creating Kickstarter projects with custom art reward levels?

Also see a complete reversal on my stance about custom art here (Tuscany changed my mind).