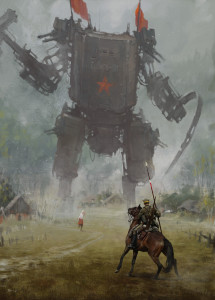 For any crowdfunding project in any category, there is at least one key place on the internet where people could (and should) be talking about your project. I’m not talking about Kickstarter, Facebook, Twitter, or reddit–though all of those places are important. I’m talking about the place where people go to specifically talk about stuff relating to your project category.

For board games, that place is a site called BoardGameGeek (I wrote about how a creator can navigate and use the site here), or BGG for short.

One of the key features of BGG is that you can subscribe to pretty much anything: a game, a designer, an artist, a company, a specific thread in the forums, etc. I subscribe to all of my games, so I get to see every post and every comment about them.

I’ve learned over time (and I’m still learning) about which threads I should chime in on and those for which I should let the conversation evolve organically without me commenting. If someone asks a question, I’m happy to answer it, though often other people answer before I even have the chance.

During a Kickstarter campaign, there are often lots of people on BGG who are trying to figure out whether or not they should back the game, and they turn to BGG for those questions. Different people ask these questions in many different ways, ranging from “What’s your favorite thing about this game?” to “This game looks terrible. Why are people backing it?” I let other people respond to those posts. :)

There’s one type of thread that I’m always compelled to reply to: Those where there is a misconception or inaccurate statement about the game. These threads are usually the result of someone being confused. It’s easy to clear up confusion.

But sometimes these misconceptions are expressed as unfounded attacks on the game (or me, or Stonemaier Games). Those are the ones I really struggle with. The words “misconceptions” and “unfounded” are really important here–if someone is speaking the truth in their attack, I just have to suck it up and deal with it. But not with unfounded misconceptions.

I’ve realized, though, that one of my weaknesses is responding to these unfounded attacks in a detached way. Because I’m not detached from it. I’m very much attached–I put the “maier” in Stonemaier Games!

But I’ve come to realize that the best way for me to clear up unfounded misconceptions is to simply state the facts (if someone else hasn’t already stated them). I’m not saying that I always do this–I’m just as flawed as anyone else–but it’s my goal to just state the facts and then leave the conversation. Keep it clean, detached, and unemotional. If the bullies of the world want to continue bullying, that’s up to them. But at least the facts are there on the record for everyone else to read.

That’s just me, though–I’m sure there are other ways to deal with unbounded attacks. What’s your approach?