Recently I again tweaked our preorder method with the long-awaited expansion for Euphoria, Ignorance Is Bliss. Today I’ll share the steps I went through to run this preorder, including commentary on changes I made after learning from Wingspan.

To plan ahead for a preorder and new product release, I typically pick an ideal date and work backwards from there. This seemed to be one of the biggest points of confusion about Wingspan in terms of gauging demand and the timing of reprints, so I thought I’d share those dates for Ignorance Is Bliss here:

In addition to what I’ve already mentioned, I tried a few other new techniques with the Ignorance Is Bliss preorder: 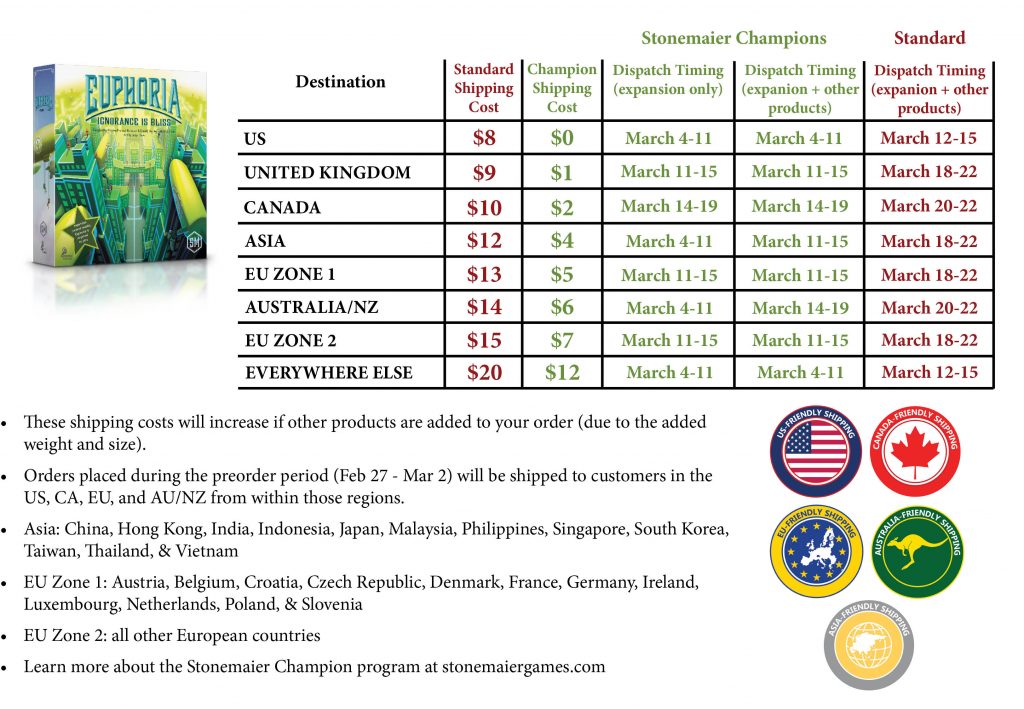 I’d love to hear your thoughts about these adjustments to our preorder methods. If you’d like to read about other campaigns I’ve run, here’s a full page of them.