The most popular option on my recent poll about upcoming blog posts was for “the current state of Stonemaier Games.” This idea was inspired both by the Tasty Minstrel Games equity crowdfunding project and the Steve Jackson Games stakeholder report.

I particularly like how Steve defines stakeholders as anyone who has an impact on his company and a stake in their success, whether it’s employees, contractors, fans, retailers, distributors, volunteers, artists, designers, backers, readers, etc. I feel the same way.

There’s a lot of information here, and I’ll try to break it down into bite-size chunks. If you’d like me to go into more detail on any of the topics I mention, feel free to ask in the comments. 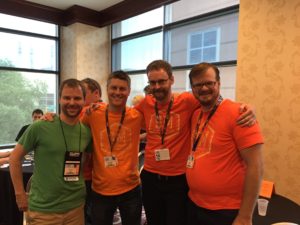 We’ve produced 5 brands (core products, each with various expansions, promos, accessories, etc), all through Panda Game Manufacturing. To date, including international versions, our total units in print for our 4 games are as follows:

I’ve excluded our realistic resource tokens from that list because we’ve sold them in different ways. More on that in a bit.

We contract to Greater Than Games in St. Louis for warehousing, as I work out of a home office. Paul at GTG also handles our distribution brokerage for in-stock products.

New Products and Campaigns in 2016

Here are some of our biggest changes, listed in chronological order of their implementation:

Biggest Mistakes and Failures in 2016

Stonemaier Games will stay small and focused. My goal is to release 1-2 new brands each year while supporting existing brands through reprints, expansions, accessories, and occasionally promos.

While some things are too much in flux for me to mention, here’s what I can say:

That’s it! Did I miss anything that you want to know? While I can’t guarantee I’ll feel comfortable answering, it’s fine for you to ask.