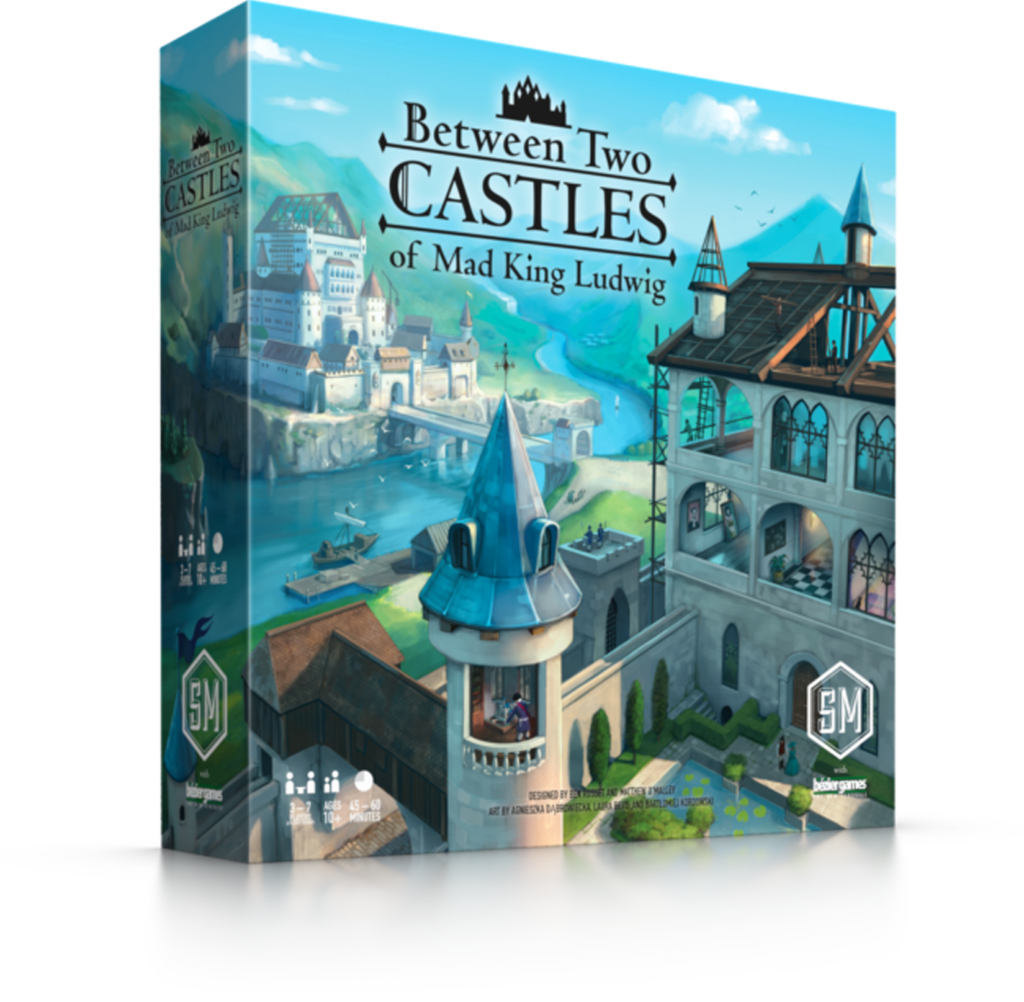 Between Two Castles of Mad King Ludwig is published by Stonemaier Games as part of a collaboration with Bezier Games.

The king demands a castle! You are a world-renowned master builder who has been asked by the Mad King Ludwig to help design his castles. Projects of such significance require the expertise of more than one person, so for each assignment you are paired with another master builder to execute your grandiose plans. Will your planning and partnership skills be enough to design the most impressive castles in the world?

Between Two Castles of Mad King Ludwig is a competitive tile-drafting game in which each tile is a room in a castle. You work together with the player on your left to design one castle, and with the player on your right on another castle. On each turn you select two tiles from your hand, reveal them, then work with your partners to place them.

At the end of the game, each castle is scored. Your personal final score is the lower of the scores of the two castles you helped design, and the player with the highest final score wins the game. To win, you have to share your attention and your devotion between two castles. 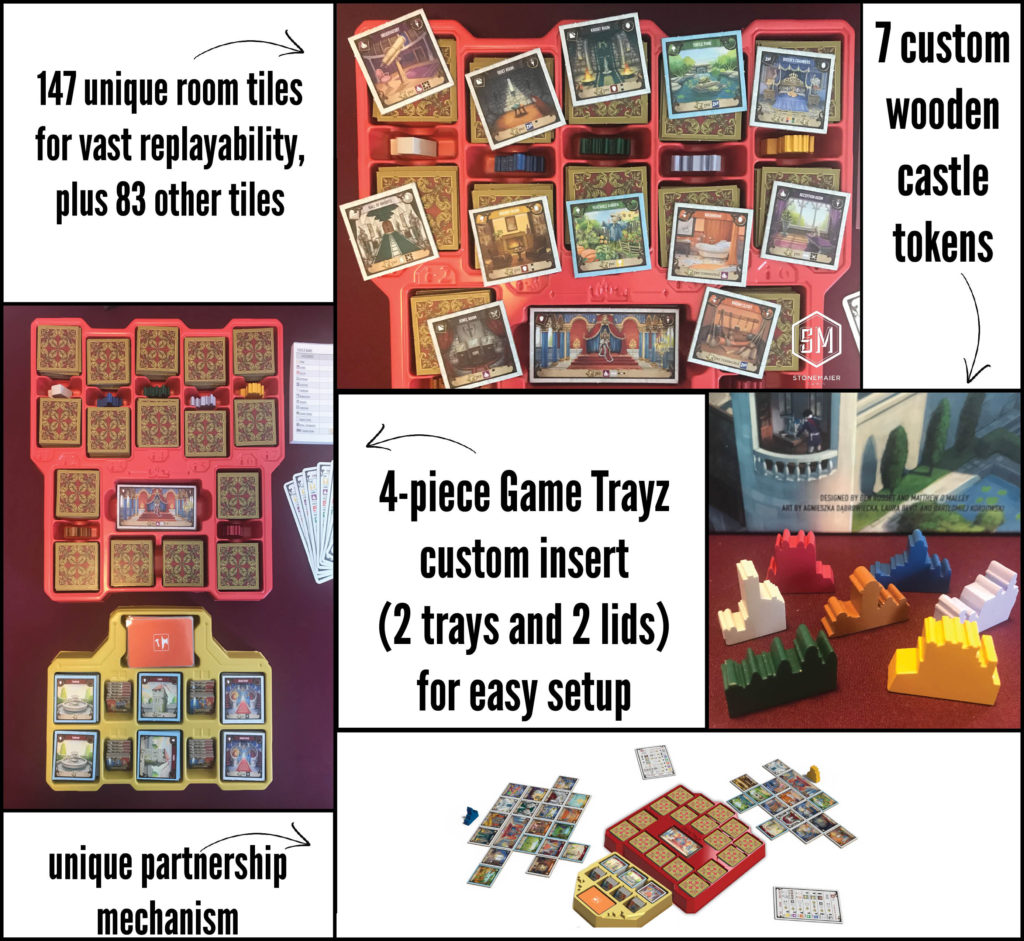 51 Comments on “Between Two Castles Of Mad King Ludwig”