Charterstone, my village-building legacy game, is the first new game published by Stonemaier Games that didn’t launch on Kickstarter. In fact, there was no pre-order campaign of any kind. Today I’ll discuss the process I used to bring this game to market, as well as any pitfalls, mistakes, and successes I encountered along the way. 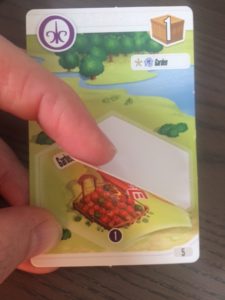 Why Didn’t We Use Kickstarter for Charterstone?

Let’s start here, because usually our publishing process starts with a Kickstarter campaign. Originally, the plan was for Charterstone to be on Kickstarter. I had started to think of ideas for the campaign back in spring 2016.

But then we delivered Scythe to backers, and we decided not to use Kickstarter anymore. That link includes the big reasons why Charterstone–or any Stonemaier game–isn’t going to be on Kickstarter.

However, even before we made that decision, I’m not sure that Charterstone would have actually ended up on Kickstarter. It’s just not a great platform for a game built around the idea of discovery and secrets. There’s a minimal amount of information I could have divulged on the project page, and the stretch goals would have been infuriatingly mysterious for the backers. Also, getting suitable review copies to reviewers would have been difficult, given the nature of components like the sticker cards. 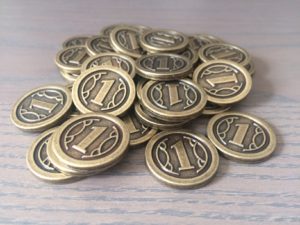 So What Did We Do Instead?

Despite our move away from Kickstarter, I still wanted to replicate all of the benefits of crowdfunding within the traditional publishing process:

One other important note is the involvement of our international publishing partners. We wanted Charterstone to have a simultaneous worldwide release in as many languages as possible. This bumped the size of the initial print run up to 58,000 units, which significantly helped with economies of scale of language-independent components (wooden tokens, metal coins, etc). These partners also caught some key mistakes during the translation process.

Did It Work as Well as It Sounds?

Of course not. :) Here are some aspects of the process that didn’t go as planned:

Are We Glad We Used This Process Instead of Kickstarting the First Print Run?

Absolutely. Despite the mistakes and pitfalls, I’m 100% happy that we chose not to Kickstarter Charterstone. It’s significantly less complicated to sell and ship 58,000 games to 30 distributors/partners than it would have been to sell and ship 58,000 games to 58,000 customers worldwide. Plus, that quantity probably would have been much lower. Even on Scythe, a hugely successful Kickstarter project, we only had 17,739 backers.

One really nice thing about having distributors as customers instead of backers is that distributors are VERY relaxed about the schedule. They understand that there are so many factors involved in producing and shipping a board game, and things don’t always go as planned. So even though I originally estimated Charterstone as an October release, not a single distributor pestered me when that didn’t happen.

The Schedule and What We Would Do Differently

My biggest angst about Charterstone is in regards to the schedule. It’s tied closely to some things I would definitely do differently next time.

I mentioned earlier that I gauged demand from distributors. Specifically, I asked them to commit to buying a certain number of copies. In that way, I could guarantee that we’d make that quantity, thus allowing them to guarantee quantities to their retailers.

However, in September when Panda was supposed to be wrapping up production of Charterstone, they sent me some bad news: Due to several issues–including a major issue with the cutting process required for the sticker cards–Charterstone was taking them much longer to make than they originally projected.

Under normal circumstances, I would have asked Panda to focus on finishing the international copies and around 10k-20k English copies. Ship them out, release the game, and continue to print more in the meantime.

But because of those commitments to distributors, I was locked into providing specific quantities to each distributor. I couldn’t allocate them, and I couldn’t ship to some distributors and not others. So it created an all-or-nothing situation, and the result was that Charterstone was released in December, not October.

December just isn’t a good time to release a game–it’s best to get products to stores before the holiday shopping process begins, not during, both for sales and for shipping reasons. Also, you want to give your game enough time to have a chance to make it onto end-of-year top 10 lists.

So in the future, my plan has a few different layers: 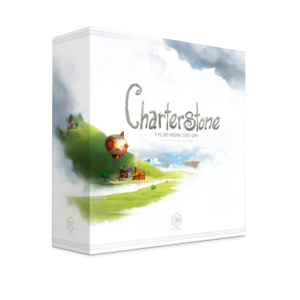 Honestly, I’m just excited we were able to make Charterstone. I’ve heard so many stories of people connecting with friends and family over it and having the moments of joy and discovery I hoped they would experience.

I’m also glad that it solidified our relationships with retailers and distributors. They’re the ones who specialize in getting games in the hands of people worldwide, so I’m happy we were able to find a way to facilitate that process instead of circumventing it with Kickstarter.

It’s also continued to make me respect and appreciate what Kickstarter has done for the gaming industry. As you can tell, it’s completely shaped the way I look at the publishing process. It’s not just pushing wood and cardboard out into the world–it’s about community, engagement, passion, and creativity.

What’s your perspective on this process and the results? If you have any questions about things I didn’t cover here, please ask them in the comments–I’m happy to answer.

59 Comments on “Lessons Learned from Charterstone”