The Box Matters: How Publishers Can Prioritize Diversity

When Elizabeth Hargrave sat down with me at Gen Con 2016 to pitch Wingspan to Stonemaier Games, I was just looking for a good game, and I got one. But I also got lucky, because despite our focus on inclusivity, we weren’t doing everything in our power to attract a diversity of designers. I was lucky that Elizabeth gave us a chance anyway.

Today I’d like to explore some of the things publishers can do to prioritize diversity. I could spend a whole article talking about why I value diversity and why I think it benefits everyone in the industry, but if you’ve already made up your mind that diversity doesn’t matter, I doubt anything I say will convince you otherwise. Instead, I’ll just give 2 quick reasons/examples:

Before I continue, I want to be clear in saying that diversity isn’t just about gender. It’s about sexuality, race, ethnicity, age, nationality, religion, and more. Some of the methods I describe below address all types of diversity and inclusivity; others focus on only a few of those categories.

Also, I want to give a big shoutout to Lila Sadkin and her eye-opening article about Wingspan and diversity. I’ve read it a number of times just in the last few days, and it’s had a profound impact on me.

How Publishers Can Prioritize Diversity 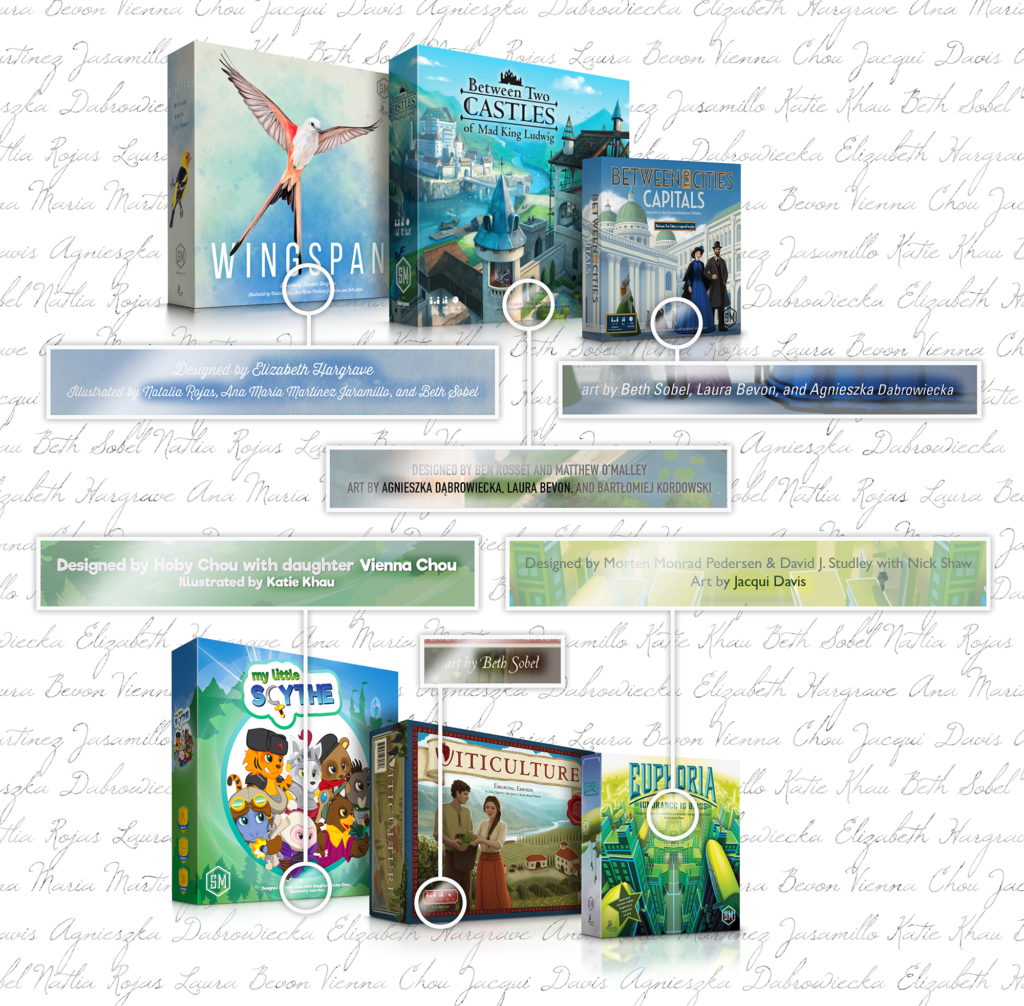 In your constructive opinion, what can publishers do to better prioritize, encourage, and enable diversity and inclusivity? I’d love to hear your answers to that question in the comments.

If you ever have something specific you’d like to say about Stonemaier Games in regards to diversity and don’t want to post here, you can reach me at contact@stonemaiergames.com. While that’s not your responsibility, I genuinely want to improve, and information helps. I applaud the courage of people who are willing to first go to the source to highlight concerns and solve problems.

26 Comments on “The Box Matters: How Publishers Can Prioritize Diversity”