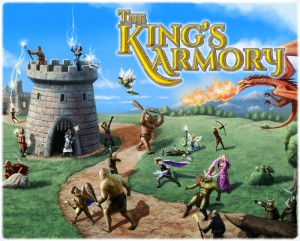 The second Kickstarter Lesson I ever wrote–just over a year ago–was Back Other Projects. I personally found that I could learn so much from other campaigns, especially if I followed the updates for a while. Plus, I like supporting great people and getting cool rewards.

You can find many of the following lessons written about more extensively here and in these interviews, but this is the short version. Basically I just went through my list of backed projects in 2013 (a total of 35) and determined the most important lessons I learned from them.

10. Mini-campaigns to promote larger campaigns might be the next big thing for new creators. (The King’s Armory and Two Rooms and a Boom) Both of those projects ran smaller campaigns leading up to their main campaign, which gave them tons of support from day one.

9. Campaigns outside of your normal category can be really insightful. (Soberdough and Bluebird Man) I’m mostly interested in tabletop game Kickstarters, but I still try to look for campaigns in other categories for new ideas. Soberdough impressed me with their limited $1 offer to give backers a taste test of their bread during the campaign in exchange for a written review, and Bluebird Man showed me how beautifully a project video can be created.

8. Prior success does not necessarily translate into future success. (Galactic Strike Force) Greater Than Games has had huge Kickstarter campaigns for their Sentinels of the Multiverse line of games, but they struggled a bit out of the gate to reach their funding goal for their new game, Galactic Strike Force (they eventually reached and exceeded their goal). I spoke with their business manager, Paul Bender, a few months ago, and he said that they were so used to running campaigns for an existing game that they forgot that it’s a completely different animal when you’re trying to introduce something new to people. I took that to heart when creating the Euphoria campaign.

7. The price must be right. This lesson doesn’t have an example because there are a number of projects I didn’t back this year because the price was simply too high. Price really does matter, so budget wisely and be fair to your backers. The goal is to make backers feel like they got a great deal for their money (which was given to you months and months in advance of you creating your product) when they open the box. 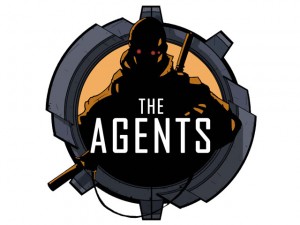 6. Art is king. (Dragon’s Hoard and The Agents) Do you ever open a Kickstarter page and immediately start salivating from the art? I’ve had that happen a few times for projects that wouldn’t otherwise intrigue me all that much, and once that salivation begins, it’s hard not to back the project. Art and design are incredibly important to the success of your project.

5. Even I am not immune to miniatures. (Xia: Legends of a Drift System) I’m not a miniatures guy. Which is a good thing for my wallet. But when I saw the miniatures in Xia, I needed to have my own spaceship to drive around the galaxy.

4. Relationships trump logic. (Council of Verona and Chaos & Alchemy) Okay, I probably would have backed these projects anyway. But because I had gotten to know their creators, I backed them immediately on day one. Kickstarter is all about forming genuinely relationships that aren’t self serving in intent (but often end up helping you).

3. Generosity is extremely attractive. (Tessen and Drive Thru Review) I am increasingly draw to people who spend the majority of their time helping and adding value to others and a small portion of their time asking for support for something cool. Chris and Suzanne at Cardboard Edison and Joel Eddy of Drive Thru Review are a few such people, and supporting their projects was a no-brainer for me. Don’t spend your time promoting yourself and asking people to promote you. You will be far more successful if you follow Chris, Suzanne, Joel, and people like Richard Bliss in finding ways to add value (insight, humor, content, joy, etc) to others. 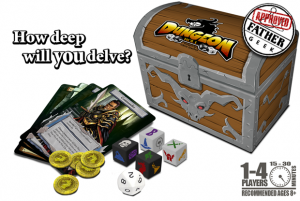 2. Backers are more important than money. (Dungeon Roll) If you haven’t backed and followed a Tasty Minstrel Games campaign, you’ve missed out on the genius of Michael Mindes. Dungeon Roll might be his crowning achievement, as he attracted over 10,000 backers. That’s 10,000 people who knew about his next project and his next one, and so on–I’m guessing he has a mailing list of over 20,000 people at this point. Focus on removing as many barriers to entry as possible on your project so you can attract as many people as possible, especially if you plan on launching other campaigns in the future.

1. Flexibility and participation are incredibly important. (Burning Suns) Over time I’ve come to realize that being flexible and adaptable to backer ideas–and encouraging those ideas in the first place–is probably the most important characteristic of a successful Kickstarter campaign. When you share something with thousands of people and give them a forum to discuss it, they’re going to come up with at least 1 idea that is better than anything you’ve ever thought of. Give yourself the freedom to incorporate those ideas during your Kickstarter campaign. Better yet, build your campaign around that idea. Have polls and surveys during the campaign. Let backers vote on names and art and stretch goals. Remain true to your vision, but let backers build your product with you and you will significantly improve your chances of success.

What did you learn from campaigns you backed in 2013?