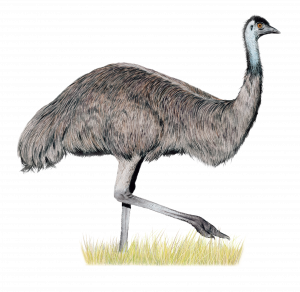 For several weeks now, wildfires have ravaged certain parts of Australia. The most recent report I’ve seen is that 15.4 million acres have burned, 1400 homes have been destroyed, and an estimated 1 billion animals have been killed.

At Stonemaier Games, we typically don’t reveal information about new products until we’ve already made them and are almost ready to sell them. So we knew something that you didn’t: The next expansion for Wingspan is focused on Oceania, the region that predominantly includes Australia and New Zealand.

Knowing that birds in Australia were in urgent need and that we have an in-progress expansion about those birds spurred an internal discussion at Stonemaier Games. We wanted to make a donation to support Australian wildlife, and we wanted Wingspanners to feel like they made a positive impact. It was just a question of timing. Do we break from tradition and reveal the region for the next expansion now (making a donation when it matters most), or do we wait to contribute until much later in 2020 when we would normally have revealed the expansion?

After debating several options, we decided to make a difference now by taking inspiration from the launch notification signup for Tang Garden. I created a form on Mailchimp and a landing page on our website. The form collects emails of people who are interested in ordering the Wingspan Oceania Expansion when it’s ready, and for each email we receive by January 22, Stonemaier Games will donate $1 to WIRES, a wildlife rescue organization in Australia (we considered several different organizations, but we liked that WIRES is going to spread the funds they receive across Australia, as there are fires in several different regions there).

This approach felt the best to me, as we weren’t asking for people to spend any money, but everyone who participates adds to the overall donation. Stonemaier Games gets to leverage Wingspan’s success to make a positive impact, and we now know 6,418+ people who are interested in hearing about the expansion when it’s ready (see related article about the power of pre-commitment).

Coincidentally, while I was setting up this initiative, I heard from BackerKit about my Return to Dark Tower article. I had mentioned how much I liked Restoration Games’ launch notification offer (enter your email before the Kickstarter, and if you back for a copy of the game, you get a special metal token), and I hypothesized that BackerKit had a clever way to pair the collected email addresses with actual backers.

Turns out I was right! BackerKit now has a new featured called Launch that is partially focused on enabling these types of pre-launch signups. As Maxwell from BackerKit informed me, “Launch powers these types of pre-launch campaigns, including keeping track of folks who precommit.  Even better, it connects to our pledge manager so you can stay sane as to who gets the freebie etc etc.  Pages can be shared around to collect even more emails too.”

I’m already entrenched in Mailchimp and not using Kickstarter, so I didn’t use BackerKit Launch for the Oceania endeavor. However, I wanted to dive deeper into Launch to see how it would work for other creators, and there’s lots of cool stuff there.

Most notable for me is that it’s completely free for a creator to use Launch for data analysis. You simply link your Kickstarter account to BackerKit, and after a few minutes your dashboard populates with backer information for those projects. I learned, for example, that my projects had a total of 32,145 unique backers–I previously only knew the total backer count.

Launch also tells you about your returning backer rate for each project (see below). Not only is this information handy when estimating early support for your next project, but also enables you to market to specific segments through Launch’s email campaign feature (this costs $99 per project, with no email limitations). 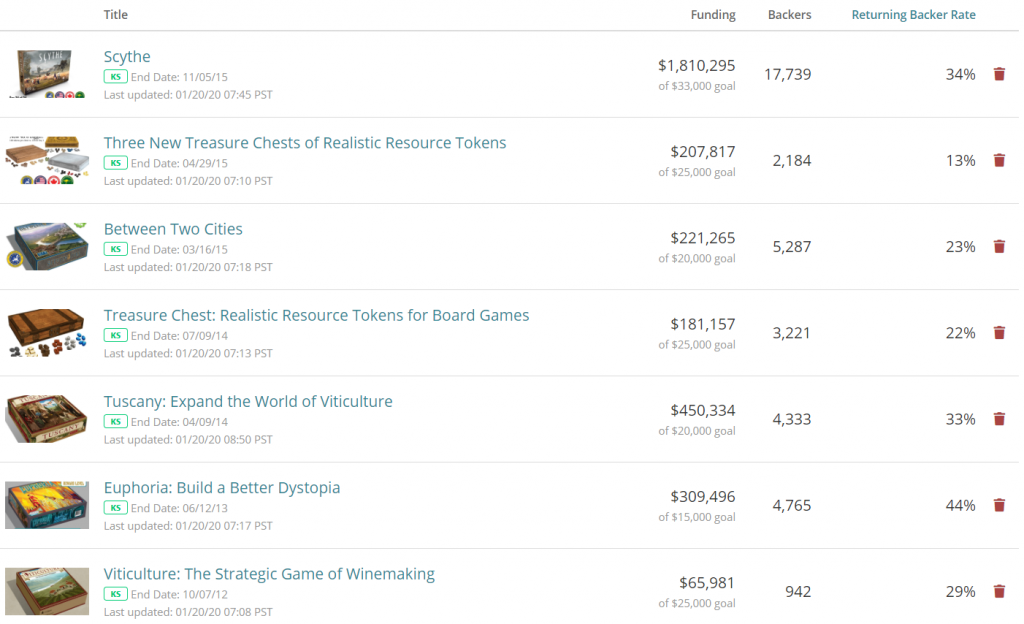 Jason from BackerKit mentioned a really compelling way to use the information that Launch provides about backers. As he told me about a project he ran, “I was able to identify who in my Mailchimp list had used BackerKit before. With that knowledge, I sent one segment a message about how Kickstarter works, and another that cut to the chase since they were already familiar with the process.”

While Mailchimp by itself works fine for Stonemaier’s launch notification signups, for any Kickstarter creator who plans to use a pledge manager, I can’t see much of a reason why you wouldn’t use BackerKit Launch, particularly if you’re offering an incentive (like Return to the Dark Tower). Plus, I think Launch will continue to grow in terms of data analysis.

If you’ve used Launch or something like it, I’d love to hear your thoughts in the comments! Also, if you’ve seen any other launch notification signup campaigns–charitable or otherwise–I’m curious to hear about different approaches for them as well.

Also read: Kickstarter Lesson #245: Should You Advertise and Preview Pre-Launch?

If you would like to add to the total contribution Stonemaier Games will soon make to save some birds in Australia (and receive a launch notification later this year for the Wingspan Oceania expansion), please enter your email here. So far we’re going to donate $6,418!

15 Comments on “The Wingspansion Charity Scramble and BackerKit Launch”