Lessons Learned from Quitting Kickstarter as a Creator, Part 1

Let me be clear: I love crowdfunding, both as a creator and a backer. And as a writer, for that matter–I wouldn’t have written 207 Kickstarter Lessons about something if I weren’t passionate about it (and I will most certainly continue to write about it). This post is not meant to discourage you from using crowdfunding.

But my team and I decided a few months ago that we were going to move away from using Kickstarter or any kind of pre-order system for the foreseeable future. Instead, we now sell games to distributors, and they sell to retailers, and they sell to consumers.

Today I’ll explore why we made that decision, and later this week I’ll talk about what I’ve learned from our first direct-to-distributor release, Invaders from Afar, including upsides and downsides for not using crowdfunding.

The Top 3 Reasons We Stopped Using Kickstarter and Pre-Orders

If only one or two of these reasons was a concern, we would probably still be using some combination of Kickstarter and pre-orders. But the combination of all 3–plus the other notes below–added up to our decision.

Think about it: You can do almost everything right as a creator, but in the end, if your fulfillment center doesn’t treat your product with care and respect, it can have a huge impact on the project.

In a worst-case scenario, a fulfillment center could simply refuse to send your rewards to backers. On a small level, we had a warehouse do that to us for Scythe near the end of fulfillment, and short of me flying to France, there was nothing I could do.

So we weighed the risk of fulfillment against the rewards, and despite our confidence in a number of fulfillment centers, we decided it wasn’t worth it. 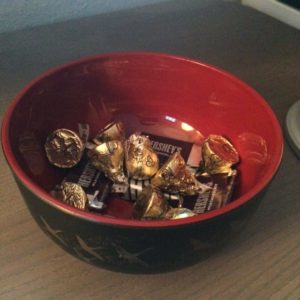 Time: If I added up all the time I spent on Scythe’s Kickstarter campaign (planning, running, data mining, updating, and fulfilling), it would total about 5 full-time months. That’s a lot of time that I could spend designing and developing games, providing customer service, and doing all of the other elements of project management that already require the bulk of my attention.

Granted, not every project is like Scythe. We did a direct-to-consumer pre-order for the Token Trilogy that took much less time, as well as a retailer pre-order for Tuscany Essential that took even less time. But those strategies are still impacted by the other reasons I’m listing here.

Some people have asked why I don’t just hire someone to plan, run, execute, and fulfill campaigns for Stonemaier. It’s a viable option, but I can’t see myself not getting sucked into it. It’s like chocolate–I know it’s bad for me, but if it’s on my desk, I’m going to eat it. (I write this while staring at a bowl of Hershey’s kisses near my computer.)

In the end, it’s just a lot simpler to sell and send 1,000 games to 10 different distributors than sell 10,000 games to 10,000 unique consumers. It’s really important to me that I treat customers as individuals, not numbers, and I believe I can best do that if I’m freed from managing 10,000 transactions.

Human Nature: We delivered 21,000+ copies of Scythe 1-2 months earlier than originally estimated for 99% of backers (and simply on schedule for the other 1%). I don’t think I’m exaggerating by saying my communication with backers throughout the production and delivery process was frequent, clear, and transparent. I provided all of the information I had at my disposal every step of the way.

I love my backers and an incredibly grateful for their trust, support, and passion. Yet, as I detailed here, I witnessed how that passion can manifest in both the best and worst of human nature (well, not the worst, but subpar). I don’t want to do things that enable that type of behavior.

Here’s an analogy: Say you run a retail store. Last year you held a special Black Friday sale that was financially successful, but it also resulted in a riot, a stampede that injured three children and ten adults, and several knife fights. Would you offer the same sale next year? I wouldn’t. I probably wouldn’t even open the store that day, not if people are going to act like that.

I want Stonemaier Games to do things that bring out the best in people. I believe that people are inherently good. So if Kickstarter has the opposite effect on a significant number of backers, that’s a clear sign that I need to try something new.

The Other Reasons We Stopped Using Kickstarter and Pre-Orders

There are a few more minor reasons that contributed to our decision:

I’m really excited about this model. It’s more of an experiment than a permanent decision, and I’m curious to see how it goes for our next new game, Charterstone.

I’d love to hear your thoughts as backers and creators. I’m happy to answer any questions in the comments that aren’t related to what I’ll write about in Part 2, which will focus on the pros and cons of the traditional publishing model based on my recent experiences with Invaders from Afar.

The journey continues months later with Part 2 and Part 3 and Part 4.

Also read: This interview with me on this subject on The Campaigner.

124 Comments on “Lessons Learned from Quitting Kickstarter as a Creator, Part 1”