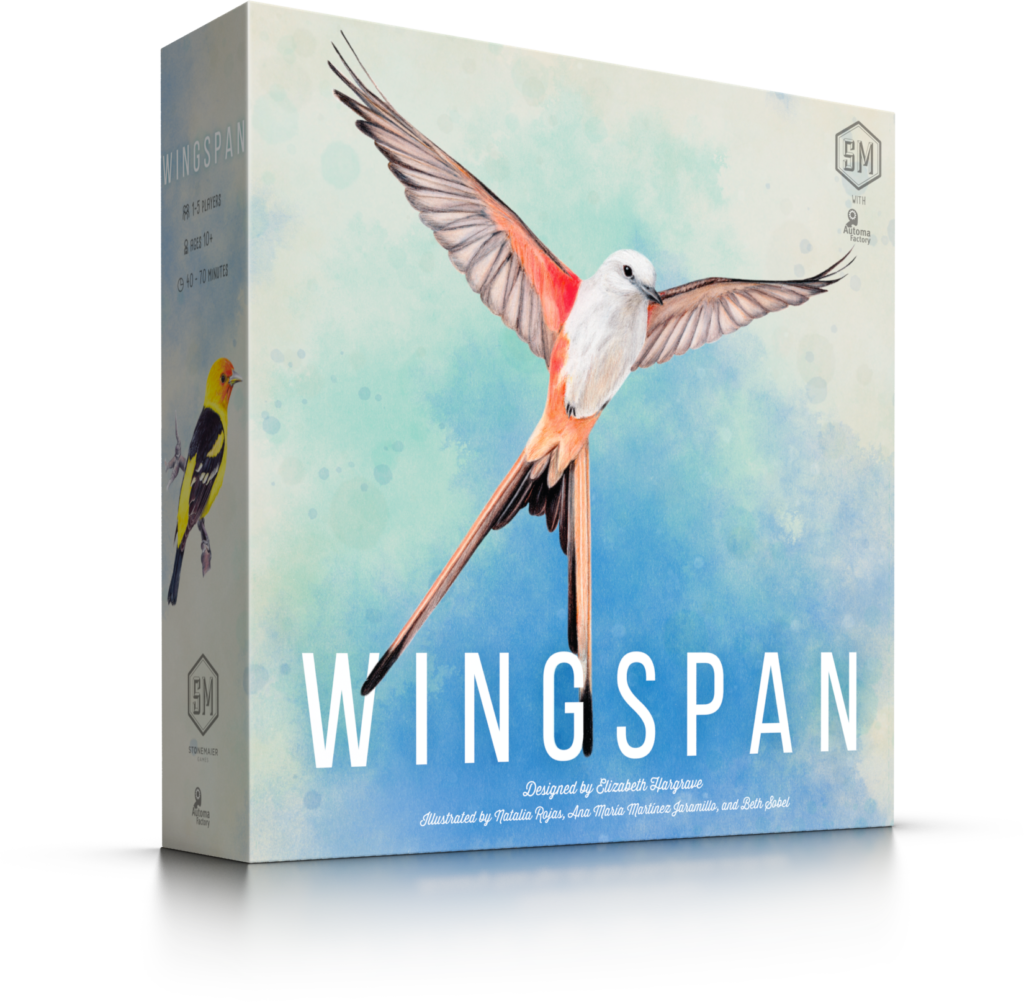 Wingspan is a competitive, medium-weight, card-driven, engine-building board game.

Wingspan is a competitive, medium-weight, card-driven, engine-building board game from designer Elizabeth Hargrave and Stonemaier Games. It is the winner of the prestigious 2019 Kennerspiel des Jahres award.

You are bird enthusiasts—researchers, bird watchers, ornithologists, and collectors—seeking to discover and attract the best birds to your network of wildlife preserves. Each bird extends a chain of powerful combinations in one of your habitats (actions). These habitats focus on several key aspects of growth:

The winner is the player with the most points after 4 rounds.

If you enjoy Terraforming Mars and Gizmos, we think this game will take flight at your table. Please join us in the Wingspan Facebook group to discuss the game!

Prints of the bird art can be purchased directly from artist Natalia Rojas. 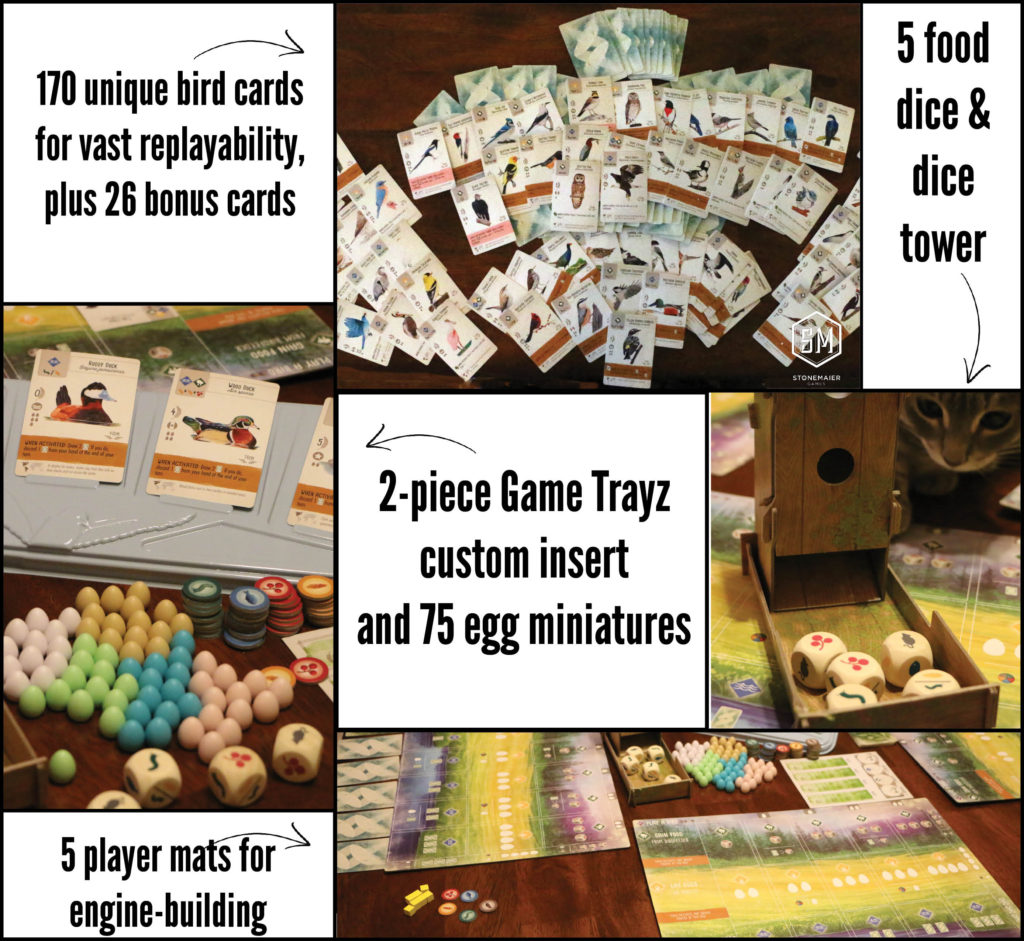