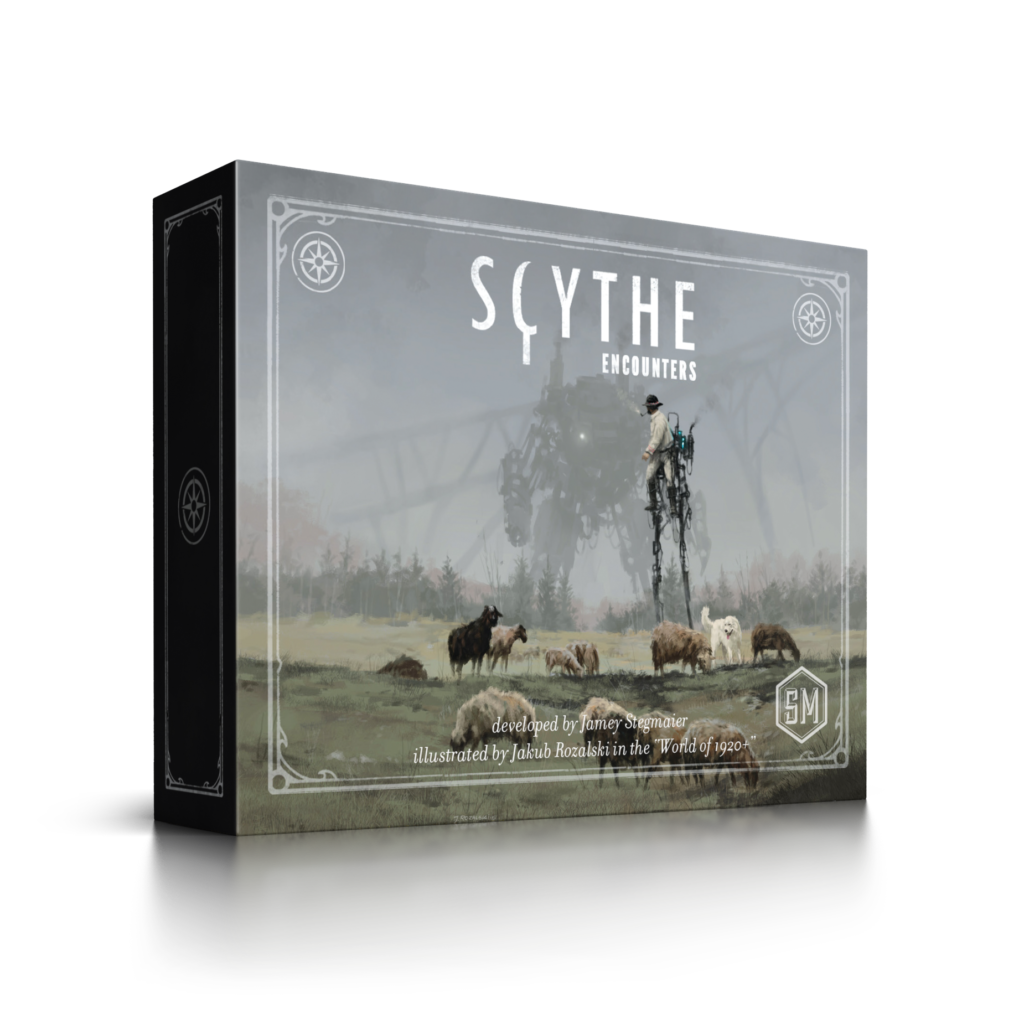 Scythe Encounters is a boxed set of 32 new promo encounter cards (43-74) designed by fans of Scythe and developed into the final cards by Jamey Stegmaier. We recommend that you play with this deck of cards by itself a few times to experience the new options before shuffling them into the original encounter deck.

In June 2018, Scythe fans were invited to design ONE encounter card using specific art. Jamey reviewed the submissions, selected his favorites (often mixing and matching various submissions), edited them, and is in the process of publishing them. The design guidelines were: